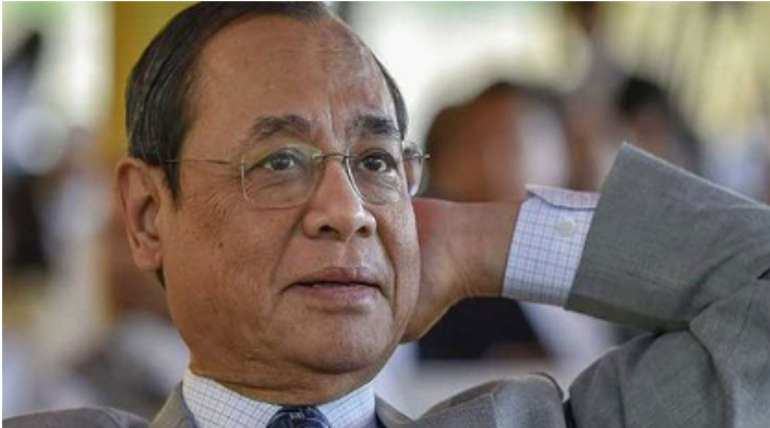 Subsequently, the Supreme Court bench of Chief Justice Ranjan Gogoi, Justice Arun Mishra and Sanjeev Khanna, However, the judges did not issue a directive, but the media reported that they had to report responsibly.The woman involved in the abusive complaint was sacked. The trial is going on in the Delhi court.Meanwhile, Supreme Court lawyer, Uttsav Singh Bains, filed a lawsuit in the Supreme Court yesterday. It was shocked when the Chief Justice was accused of sexual abuse.

There is conspiracy to sack Chief Justice Ranjan Gogoi. "A person named Ajay recently approached me and asked me to register a sexual complaint against the Chief Justice and arrange a meeting with journalists. For that I had a Rs. 1.50 crore bargain. But I refused.There is a big conspiracy to remove the Chief Justice from office. The court should order a court hearing on the grounds of the court's independence.The man who has taken me closer to the corporates is the one who has the ability to pay judgments from judges."

In a major case, he failed to get a judgment from the chief judge for his favor,The case has also failed to change to another. The strong corporate man has said that he has falsely implicated in the Supreme Court and has put pressure on him to step down from office.

The judges of this session are Arun Mishra, Nariman and Deepak Gupta came to the hearing today. Senior advocate Indira Jai â€‹â€‹Singh, Rajiv Dhawan and Attorney General KK Venugopal were present. Then, Judge Mishra and Nariman ordered "Where is Utsav Singh Bains, call him"? But at that time there was no enthusiasm in the court.The lawyer will have to appear in front of us at 10.30 am tomorrow (24th April). The judges ordered to send notice.