Tamilisai Soundararajan, the President of TamilNadu BJP announced that BJP would form Cauvery Management Board within 5 weeks which the ruled parties of Tamil Nadu failed to do for past 50 years. CMB shall be formed before the Karnataka Elections that was scheduled to be held on May 12, 2018, whose vote counting will be after three days.

In a public talk in Ooty, Tamilisai Soundararajan slammed National party Congress and Regional Opposition party DMK for betraying Tamil people in the Cauvery Issue for 50 years without finding a solution and ultimately, people of TamilNadu had been losing their rights on Cauvery water for a long period. she condemned the Congress Party for not renewing the 1974 agreement.

Tamilisai also raised question against the DMK, Communist parties for not making necessary improvements in the Cauvery issue in the rule of Congress led Universal Progressive Alliance. Concerning the party's political benefits, DMK did not do it. she also added that Stalin had not opposed the  Karnataka ruling Congress party for its new dam project named "Megedatu Dam" on Cauvery River while people are seeking for Cauvery water in Tamil Nadu. she also criticised the Tamil Nadu political parties' protests against the Centre as a cheating action. she also slammed the Kamal Haasan's statement against BJP by replying that the actor turned politician who seeks 5 months time period for revealing his part's policies does not have any rights to comment on BJP asking for the extension in the Cauvery issue.

Supreme Court shall be reviewing the Cauvery water dispute case on April 9, 2018. The Centre is trying to find a permanent solution in this issue within five weeks. If Supreme court orders in favour of forming CMB, CMB will be definitely formed by the Centre that too before the Karnataka Elections. If it does not happen, then, BJP will form the CMB after winning the Karnataka Elections, said by Tamilisai Soundararajan.

Meanwhile, Tamilisai said that as a doctor, she is supporting the Neutrino project which will be useful for Space Research, finding out a Terrorist attack and Natural disasters. 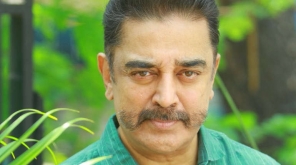