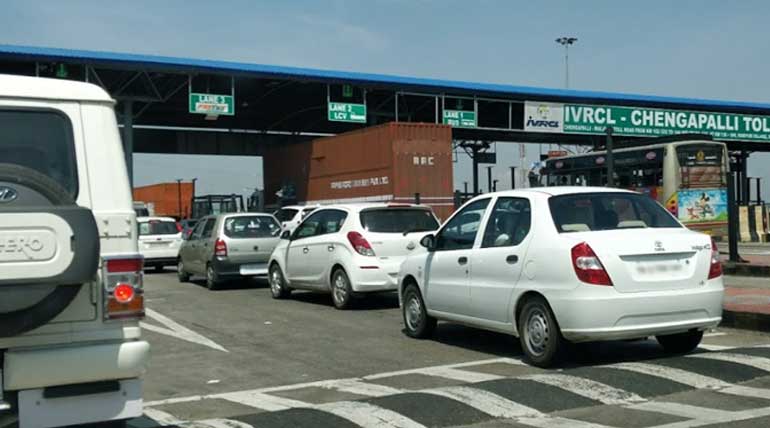 Toll plaza concept existed for more than two thousand years long. Many have collected or charged at different purposes. In India, toll concept was used before 4th century BC and it is noted in Arthasastra. Modern Toll road plaza started in 20th century from Europe. Toll road charging was first started by Italy and it was followed by Greece, France, Spain and Portugal.

Now almost all countries began collecting the money for the toll roads. In India all highways have numerous toll plazas to collect charges. Highways are made for the people convenience like avoiding traffic, accidents, free drive, reducing cost and various other things. But Toll plazas are not convenient one for the people. People face many difficulties and inconvenience from the toll plazas.

In most of the Toll Gate today, still there is the hand paid (cash) system exist. Though the technology had developed, ETC toll gates not implemented expect few places in India. Electronic Toll Collection (ETC) plaza was first implemented at Delhi Gurgaon high ways. ETC toll gates must be implemented in every highway for the benefit of the people. It will reduce the time and traffic.

There should be separate track for the two way buyers who were stopped in the lane traffic unnecessarily. There should be proper guidance for each lane to guide the vehicles to proper location. It should be a properly organized section, but it is not like that. Mostly the vehicles are not proper to the particular lane. It creates huge problems to all the other vehicles. Vehicles should go properly in that particular type car in car lane, truck in truck lane. If it is followed properly, time will be consumed.

People are not aware of the Toll gate. No proper information for the tollgate collections. How many years collection is required, how much they have collected, etc. Many toll gates are not removed even after the targeted amount collected. It sucks most of the people revenue, many vehicle owners have recently protested against the toll gates and its collection method. They insisted to remove the toll plazas which are unnecessary.

For the goods lorry and trucks there should be different method of collection which is traveling from north to south and vice versa which crosses several toll gates. They will be spending more money and time on toll gates. For eg: In Tamilnadu, for traveling from Salem to Coimbatore for car minimum 200 rupees is collected in the toll gates. This is the huge money and people have to know about the toll gate information. India's largest toll plaza is at Delhi  Gurgaon highway with 59 toll lanes that has 3 plazas. It has 24 ETC and some lanes are mixed type facility like cash and smart card.