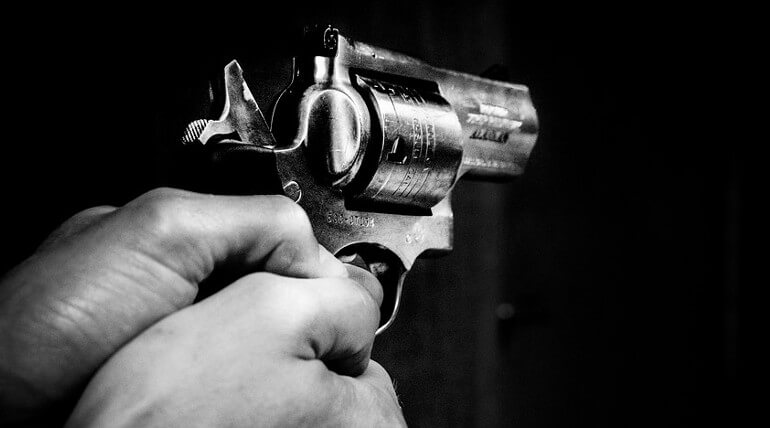 In the early hours of Sunday, March 25 two of the deadly criminals of Uttar Pradesh have been lined up in the strict measures of Yogi Adhithyanath government against the rowdyism in the state mainly in the Ghaziabad region which was known as the camping area of criminals.

The Uttar Pradesh police have officially reported that they have launched a fresh search operation in the regions of Noida, Ghaziabad, Muzzafarnagar and Saharanpur on late Saturday night. In the search operation, unfortunately, the Saharanpur police unit has been pushed into a brief bullet exchange with Sharvan Chaudhary. He was shot dead by the finally and the police have recovered an AK-47 from the criminal.

As same like Saharanpur the Noida police unit have managed to injure another criminal after a fire exchange. He was known as Salim who has later died while on the way to a hospital. Police have recovered pistol and another AK-47 rifle from the shooting site. A sub-inspector also have been admitted with bullet injured after fire exchange.

According to the reports previously both the criminals have carried each Rs. 1 lakh as the bounty on their head. Also, the police have arrested few more criminals including most wanted criminal Rahul after as small retaliation.

As commenced by Adhithyanath on last months that the government will not stop their encounters until the criminals surrender themselves under the government.

As per the information of a news agency the government of Uttar Pradesh had flagged bounties for every criminal now they arrested and encountered. Some of them were considered as most wanted for more than 50 cases that have been kept pending without any detention and arrest. the cases include murder, kidnap, robbery and extortion