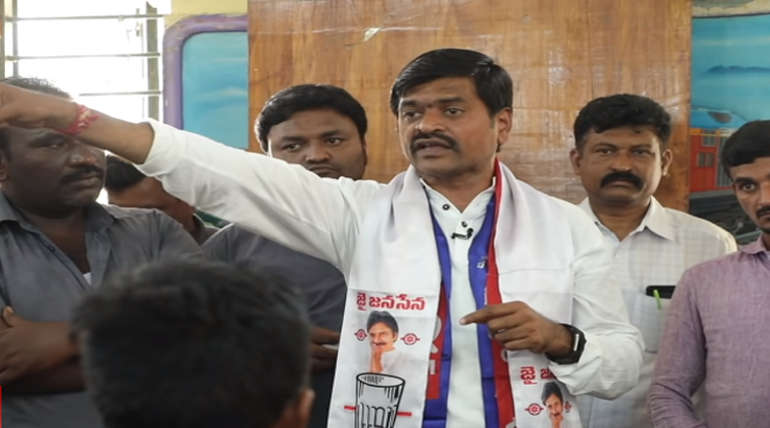 Jansena Party Candidate Arrested: In Andhra Pradesh, 175 Assembly constituencies have been going for polls in 25 Lok Sabha constituencies, and in some cases violence has occurred, and many people have suffered because of the disruption of electronic voting machines in many places.

In this situation, a party candidate from Pawan Kalyan Janasena party, in Andhra Pradesh, was arrested for breaking the EVM machine.

In a polling booth in the Kundakal constituency, Janasena's candidate, from Pawan Kalyan party, Madhusudhan Gupta was arrested for smashing an EVM machine.

Madhushudan Gupta, who came to vote in a place named Gutti, Guntakal Assembly seat of Anantapur district, he showed anger at the Booth official that the names of the Lok Sabha polls were not clear. And also he annoyed with the poor facilities in the booth.

Immediately he threw the machine and hit the ground. The machine is scattered. He was arrested by the police. This incident created a stir in party and get viral in social medias.