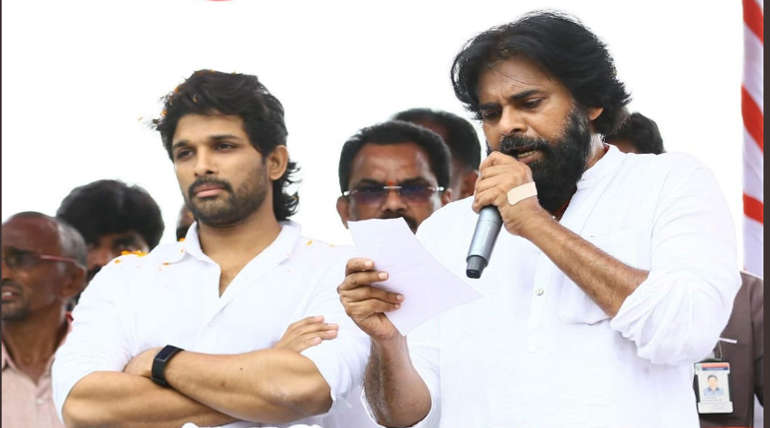 Jan Sena Party is getting stronger day by day. Mega star family members didn't even look to Pawan kalyan till yesterday, as the election time is approaching, the news that Allu Arjun one of the family member of Mega star family joins the campaign gets trend in social networks. Even Pawan didn't contest in last election.

Recently Ramcharan shared on his social media page that Pawan kalyan is on bad health due to extreme heat. He wrote "Just met Jana Sena Chief Pawan Kalyan Garu, a Leader I admire the most, at his residence in Vijayawada. He is extremely weak and dehydrated. Doctors have advised him to completely stop his election campaign in this extreme heat. However, due to his political commitments and a shortage of time, he has decided to go ahead with his campaign in Anakapalle and Pendurthi today. The doctors have insisted on accompanying him on his campaign, but he has politely declined their offer. Wish him a speedy recovery and all the success for his service to the people".