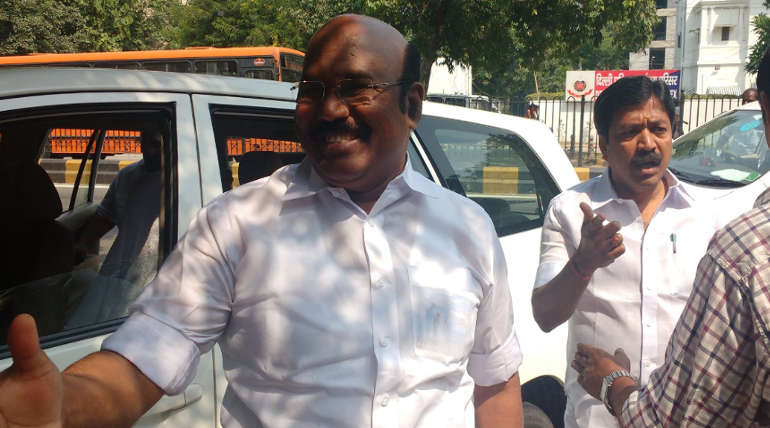 Chennai: Speaker Dhanapal has issued a notice to the 3 MLAs of Virudhachalam Kalaichelvan, Kallakurichi Prabhu and Aranthangi Rathinasabhapathi after the government issued a complaint. He has ordered to interpret it in 7 days.

In the 234 seats in the Tamil Nadu Legislative Assembly, the AIADMK has 114 MLAs including the Speaker. The DMK has 88 MLAs, Congress has 8 MLAs, and the Indian Union Muslim League have an MLA. DVV Dhinakaran is an independent MLA. 22 places are empty blocks. For 18 constituency, Lok Sabha by-election was held on the 18th of last month. The elections for remaining 4 constituencies will be held on coming 19th and will be held at Tiruparankundam, Aravakurichi, Ottapidaram and Sulur.

In the meanwhile, 114 MLAs in ADMK, Virudhachalam Kalaichelvan, Kallakurichi Prabhu and Aranthangi Rathinasabhapathi are supporting TTV Dhinkaran for the last 1 year. They did campaign on behalf of TTV Dhinakaran in this election, Digg Complaints to the party overturned that they should take action against three candidates. Speaking to Dhanapalan, the state minister Korada Rajendran, Law Minister CV Shanmugam, filed a complaint with three MLAs supporting Dhinakaran. The source added that three persons had also been accompanying the pictures of the Dhinakaran party during the election.

Speaker Dhanapal decided to ask explanation to the 3 MLAs on this basis. He learned that the 3 MLAs were involved in the violation of the law. Following this, a letter was sent to 3 MLAs. In it, "the AIADMK Korda has provided evidence for the anti-party activities. What is your explanation about this? You have to explain this within a week of this letter. If not, the party will be able to take action against the tab."

The Speaker has also ordered the 3 MLAs to send the letter to the Registrar. In this case, the AIADMK Speaker Dhanapal has issued a notice to the 3 MLAs to support Dinakaran's request for an explanation of Korada Rajendran's complaint. Fisheries Minister Jeyakumar commented on the issue of DMK's action on three MLAs. MP RS Bharathi mentioned this is a democratic assassination. In 1972, DMK had insulted the MGR in the assembly. Jayalalithaa is a lady who insulted by  DMK in assembly bu pulling her saree.  Those who were suspended against Tiruparankundam  AIADMK MLA were DMK members. DMK is the real owner of Democratic assassination.

Based on the Party Act, three MLAs have been recommended to take action and the ruling party has provided the relevant evidence. In this case, what is the most serious concern for the DMK? From this point, we know Dhinakaran is DMK B team. DMK party and Dhinakaran is sure to be one. Whatever the law is, the speaker has done it. He said.