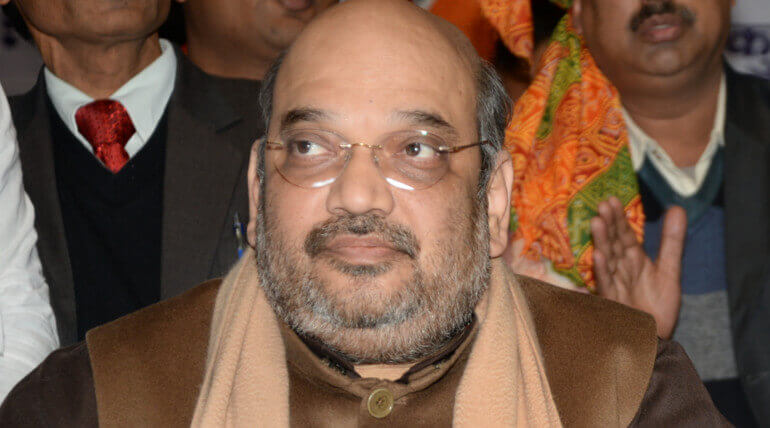 A tongue slip may turn as a big news when it was Amit Shah.

Amit Shah had arranged a press meet in Bengaluru On Tuesday Along with B S Yeddyurappa, within few hours after the EC announced the poll dates for Karnataka Assembly election. During the press meet the national President of BJP said that "if there's been any competition for corruption then the Yeddyurappa government will be highlighted in the first line ever". The statement that Amit Shah said immediately gave a red light in the face of Yeddyurappa. But actually, the statement he made is the statement he really meant to splash on the congressmen Siddaramaiha. Unfortunately this time the tongue backfired.

Everyone may have a tongue slip at least once in life but it doesn't matter when it was a common but really matters when it was a game-changing politician.

Now the rival party of BJP had taken the speech of Amit Shah to the twitter. The Chief Minister of the state had thanked Amit Shah through tweet with a hashtag #ShahOfLies that he finally spoke the truth. The Communication minister of the State and former cinema actor Divya Spandhana said that this is no the first time the BJP personnel spoke the truth. She also tweeted in the same hashtag #ShahOflies.

The Election Commission had announced that the Assembly election for the Karnataka will be held on May 12 and the countings will be on May 15. this election is considered as the life or death moment for BJP as it faces many backlashes in the recent times including the pending node of Lingayats minority status.