AMMK Sulur Candidate 2019: All You Need to Know About Sukumar K 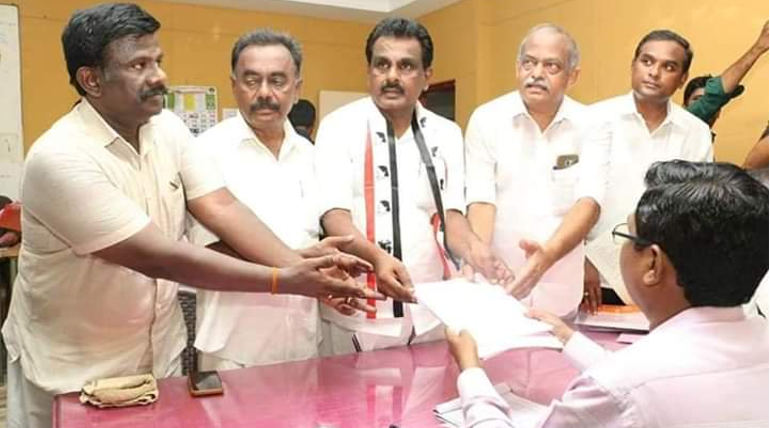 Sulur is an assembly constituency formed in 2009. The winner of the last assembly election in 2016 was R. Kanagaraj of ADMK. He died of cardiac arrest on March 21 leaving the seat vacant. Thus the by-election is going to be conducted along with Aravakurichi, Thiruparankundram and Ottapidaram with voting on May 19, 2019.

One of the candidates contesting in Sulur is Mr K. Sukumar of Amma Makkal Munnetra Kalagam. He hails from Pollachi and is a prominent candidate in the locality as he is the former Member of Parliament for Pollachi. He was then a member of the ADMK party when he won against the DMK candidate k. Shanmugasundaram by a margin of 46,025 votes. He jumped from ADMK to AMMK when ADMK split in 2017 due to intraparty conflicts.

He has promised in his campaigns to bring a new power plant to Somanur which is a long-awaited plan the people want which will create many job opportunities in the locality. He also promised to upgrade the Sulur government hospital with new equipment and infrastructure changes.

He was strategically selected by Mr TTV. Dhinakaran the leader of AMMK party as he has a good record of political candidature and his familiarity as the local candidate. The opposition doesnâ€™t pack much power themselves. The well-known DMK candidate Mr Pongalur N. Palanisamy is not a favourite among the voters last time around. DMK in the previous elections has proved to be weak in this area such as Pollachi, Thondamuthur and in Sulur. ADMK also lost their star candidate R. Kanagaraj who won last time here and had to opt for different unfamiliar candidate Mr Kandasamy with the burden of winning the by-polls to maintain their majority in the assembly.

AMMK is in the list of parties competing as a new or emerging party this election along with MNM. MR TTK. Dhinakaran showed the heavy hitters like DMK and ADMK his ability by winning in the R K Nagar by-election. But still being the new party and a first-time contention in the area the other parties have an advantage of having voter awareness.

AMMK Sulur Candidate 2019: All You Need to Know About Sukumar K