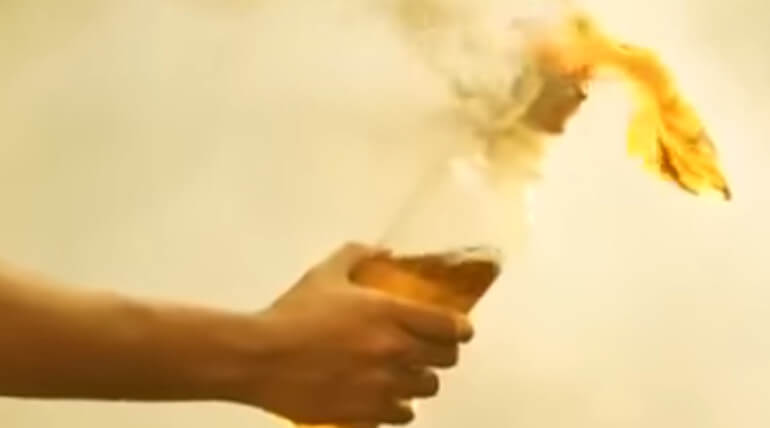 Vandalization And Petrol Bomb have been played in repeater mode.

Again a petrol bomb has been hurled over a BJP personality's car in the early hours of Wednesday. In detail, we get to know that the car (Mahindra XUV 500) belongs to the BJP's Coimbatore district head C.R.Nandhakumar.

According to the Police department's report to the press that in the early hours of Wednesday some miscreants have hurled a petrol bomb on C.R.Nandhakumar's car that was parked in his residence at Laxmi Puram. CCTV footage has been recovered from his residence that contains the petrol bomb hurling scene.

This is known to be the second petrol bomb that hurled over BJP assets in Coimbatore in a single month. Previously a petrol bomb has been hurled over the BJP office at Gandhipuram on March 7, 2018. But two persons surrendered themselves in Gandhipuram Kattor Police Station on March 8.

Police stated that the petrol bomb hurling was an act of retreat for the vandalization of Periyar statue at Thirupattur of Vellore district on March 6.

Now again a petrol bomb has been hurled into a BJP asset soon the very next day after the statue of Periyar has been vandalized at Aalangudi of Pudukottai district on March 20.

Vandalization and Petrol Bomb hurling is now performed as a cyclical movement in Tamil Nadu in recent days. People of Coimbatore considering that these like minor crimes could initiate the loss of the state's secularity in future. Now again the state is motioning towards a communal conflict in rapid speed and the public looking for the government’s possible precaution measures to control these crimes as soon as possible.