Change of Governance is Evident in TN, G Ramakrishnan Predicts about Upcoming Elections 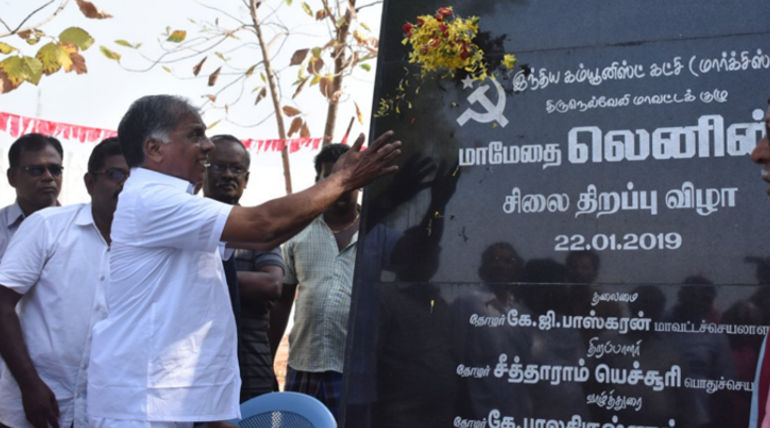 In the Russian revolutionary Lenin's 149th birthday ceremony held at the district council office of the Marxist Party in Reddypatti of Nellai, G. Ramakrishnan, a member of the Marxist political party, participated and flowered the magnificent Lenin statue present in the venue. He spoke to the press during the event and said some of his views and predictions for the upcoming Assembly Elections 2021.

Speaking to reporters later, he said, "In a seven-phase parliamentary election, the two phases of elections have been completed so far. The polls in 39 constituencies in Tamil Nadu and Pondicherry constituency have been completed. Similarly, 18 Assembly seats in Tamil Nadu are in progress. In this case, only the remaining four assembly seats are scheduled for May 19th. At the end of the ongoing parliamentary election, the prospects of regime change are not only in the middle but also in the state. Since Tamil Nadu has a wave of anti-Modi and AIADMK, a change in the governance is ensured.

In Tamil Nadu, how did one officer go to the guarded room in Madurai where the voting machines are kept in high security? This raises many doubts. For that, the official suspended action was not enough. A proper investigation should be conducted and ee will seek the court in this regard. Many countries have condemned the bombing incident in Sri Lanka. We, CPI (M) also condemn the horrific incident."

Change of Governance is Evident in TN, G Ramakrishnan Predicts about Upcoming Elections