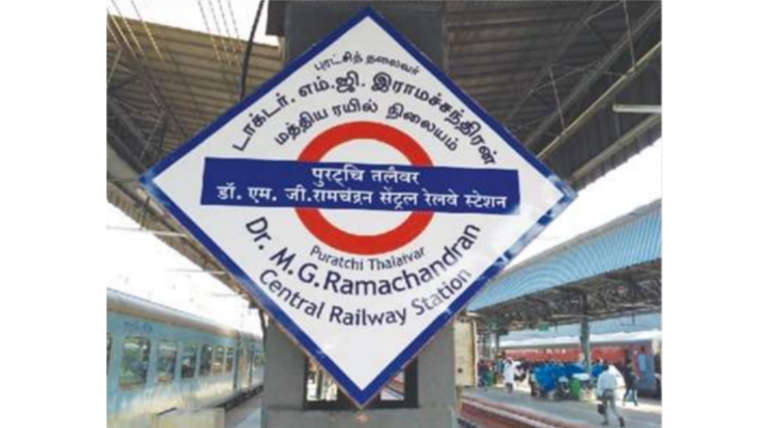 Central railway station is one of the major railway stations in Tamilnadu. The current AIADMK government was continuously demanding the name of previous chief minister name for the railway station. When Prime minster Modi spoke at a public meeting in Chennai on 6th last month, declared that MGR name will given to Chennai Central Railway Station.

The central home minister also informed that no restriction for naming MGR for the Chennai central railway station. Railway official informed that they will display the stickers and have been designed in three different sizes so that they can be placed in outer walls and platform and will be in Tamil, English and Hindi. The name board and stickers are fully equipped and displayed in a day or two.