Did I talk against Tamil students Prakash Raj Brief Description 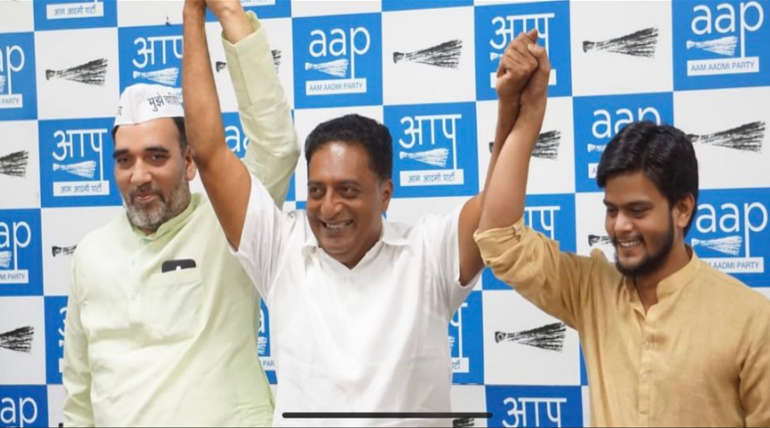 Prakash Raj in a Campaign for AAP Speech about Tamils

Prakash Raj, who campaigned for the Aam Aadmi Party yesterday in New Delhi, said AAP had raised the quality of Delhi education system. Tamil students are admitted to the University of Delhi and the rights of Delhi students are being stripped. It's true. Kejriwal has nothing wrong to say that the rights of students in Delhi are stripped by Tamil students. Somebody asked me You are from Tamilnadu and how you talk like this. I am not Tamil. I'm Kannadiga. I have acted in Tamil films. The students of the Tamil students of Delhi University have opposed this opinion.

Similarly, many Tamils â€‹â€‹opposed it. Prakash Raj earned a lot of money in Tamil films. But people condemned that he was wrong. The Tamil Nadu Chief Minister also criticised his speech. Prakash Raj has given this explanation in this regard. In that, I did not have such a comment. Somebody has misinterpreted this. He was angry that he was ashamed if he thought of such a person done wrong propaganda.

YES .. Dhananjayan... thank you for clarifying with me .... I NEVER SAID THAT. .. itâ€™s DELIBERATELY MISQUOTED WITH BAD INTENTIONS.. SHAME on those who stoop to this level .. https://t.co/itLLKtFdmf

Did I talk against Tamil students Prakash Raj Brief Description