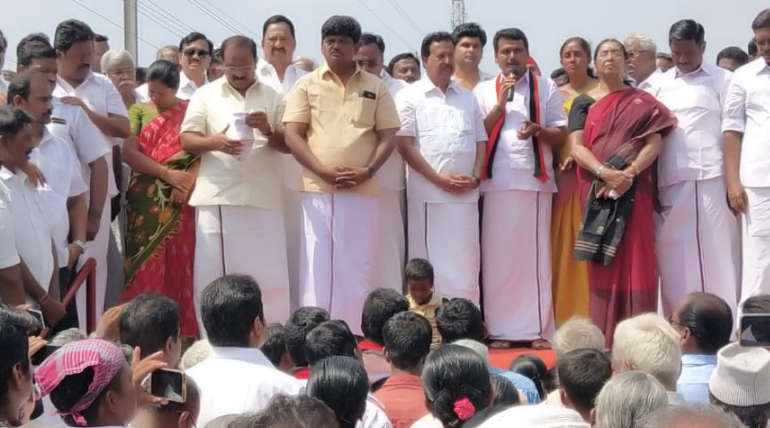 DMK candidate Senthil Balaji promised to give free house to 25,000 families if he wins in  Aravakuruchi bypoll election,  Karur district. The mid-term elections for Sulur, Aravakurichi, Tiruparankundram and Ottapidaram will be held on May 19. The nomination papers for the election are being held on from 22nd. Following this, DMK candidate Senthil Balaji filed a nomination yesterday in Aravakurichi constituency.

As soon as the candidate was announced, Senthil Balaji, who jumped into the campaign before the nomination papers, campaigned in Chandhapadi which belong to Aravakuruchi today. Speaking at that time, he said that the Cauvery Co-Drinking Water Project would be taken to bring action. He also promised to provide 3 cents of free home for 25 thousand families. Similarly, Senthil Balaji campaigned in more than 40 villages including Modakoor.

Further, Senthil Balaji, who has been accused of delaying salaries for 100-day workers, and said that DMK's success would be change all these problems and immediate action would be taken. Earlier, Senthil Balaji hoped that the DMK would win in the Aravakuruchi constituency by more than 50 thousand votes. Senthil Balaji, who has been separated from AIADMK, has been nominated as a political candidate for the DMK. Thus, the propaganda platform is flow high for this by-election.