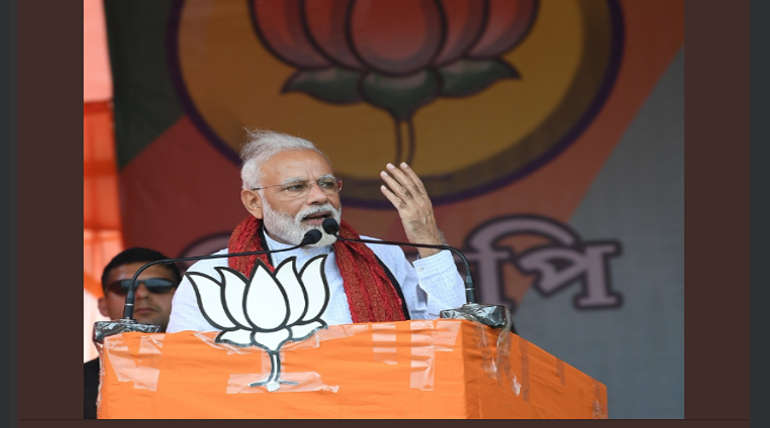 The National Democratic Alliance is paying more attention to the nation's security. The role of Tamil Nadu is going to be important in developing a safe country. The Center for Production of Safety related Industries will be in Tamil Nadu. This center is part of the Independence of the Indian Army and will attract millions of investments and create employment for tens of thousands of youth.

But the opposition parties, who are not interested in the security of the country, take a soft approach to the enemy. They were silent in the regime, while the security forces were attacked by terrorists and innocent civilians were killed. Can you forget the bomb blast in 1998? Then we know how badly Congress and DMK were in power in the middle and in the state.

Now there is a new India. If the terrorists give something, they will repaid strongly. But the opposition parties question whether here is an accurate attack or an air strike. Ask why Modi is talking about nationality. Is it a big crime to talk about nationality? We are always nationalists.

The Congress party's election statement has been happy with the terrorists and anti-India. The bailiff has been pleased with the listeners. A renowned minister of re-vote is in the production committee of the Congress party. So this statement is like this. Their purpose is to get bail from the case. They are those who are on bail and are involved in tax evasion. The NDA gives great interest to the middle class family. But the Congress-DMK alliance is aimed at suppressing the middle class.

The Congress and the Communist Parties together are destroying Kerala's tradition. They act to repel the sanctity of Sabarimala. BJP and the National Democratic Alliance will always support development of small, marginal and middle enterprises. We understand the importance and problems of textile industry. If the issue of GST has been a problem, we are ready to fix it.

The National Democratic Alliance is acting in the interests of women. But DMK-Congress allies are against women. Congress leaders have spoken badly against women. DMK speaks badly about the former Chief Minister Jayalalithaa. You are going to vote on 18th day of this month.I welcome new voters. There will be always green in our memory, first day  in school, first salary.  Similarly, pay the first vote for the benefit of the nation and for the development of the farmers for protection. We are all guardians. Defenders are against guards against extremists.