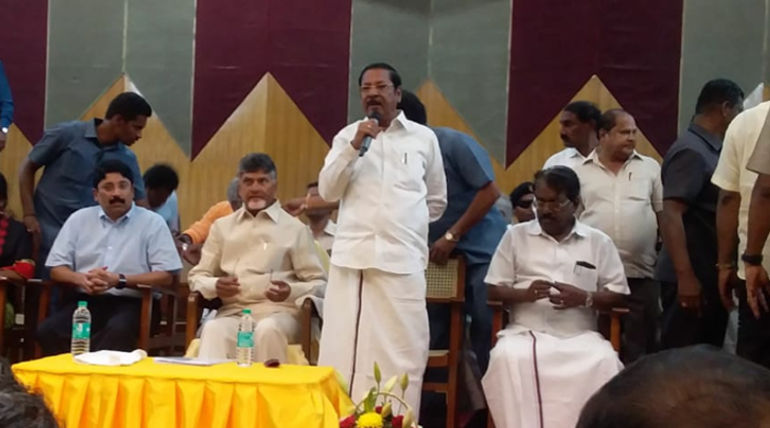 DMK Secretary General RS Bharti met journalists in Coimbatore and gave some fierce speech at the press meet held on Tuesday. The ruling party, with the intention of not holding four constituency elections, is trying to block the DMK's decision to conduct an election the ruling party thinks what can be done on the cross path with the Election Commission under their control.

After the death of Kalaignar, we have accepted Stalin as our leader and going on the right path. Whereas in ADMK lot of disputes arose while only Vellumani has some disagreements among them. We have chosen the candidate without a second thought and it was a clear decision by the party. Tashildar Sampoornam, who was accused in Madurai, is a good officer. Deliberately he has been accused by some wrong evidence.

Madurai collector asked a ten-fifteen people to behave like how he says, but sources say that no one has accepted the decision. While Tashildar Sampoornam is to about get the promotion as Assistant Collector, plans are being held by some culprits to bring hm down. DMK will stand as safety for him at any situation said Bharathi. The media is supposed to stand up in this matter. The governments have long ceased to do so without the local elections in the case of contempt of court.

The one who was promoted as the Tamil Nadu state election commissioner is the same officer who held the Co-operative Union election in a wrong manner. After this election, there will be a separate dealing for this matter," said RS Bharathi also responded to Tamilisai's comments on DMK's involvement in the election prevention by saying that Tamilisai is born to lie.