Do MNM stands next to DMK and AIADMK in Sulur Bypoll? 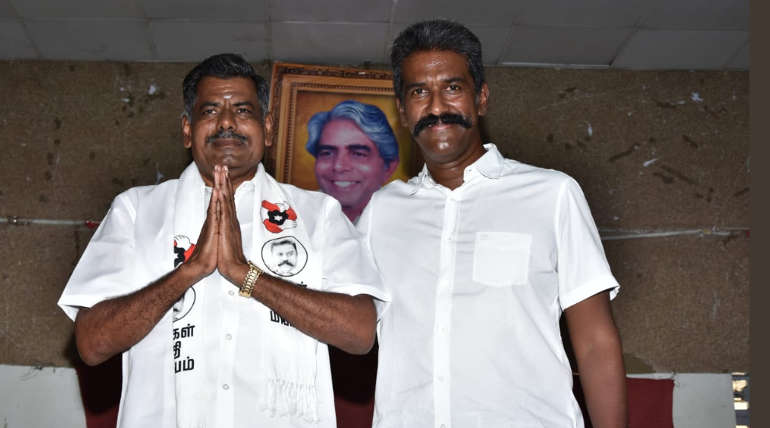 Makkal Needhi Maiam is a new political party of Tamil Nadu. It was founded by Mr. Kamal Haasan. He launched the party on 21 February 2018 at Madurai. The party aims to focus on fulfilling the basic needs of TN people. The members of MNM try hard to register their presence in the 2019 Election. The party also picks up candidates with at most care to win more seats. The partyâ€™s short-term goal is to register their presence in TN politics.

Sulur bypoll is a big opportunity for MNM to increase their popularity enormously and meet more people. Mr. Kamal Haasan, the founder of MNM nominated Mr. G. Myilsami for Sulur bypoll on behalf of the party. Mr. G. Myilsami looks very enthusiastic and confident. Moreover, the transparent policies of the party gained the attention of many people. The party is optimistic and its members are taking unceasing efforts to secure more seats in the assembly to expand their service to TN people. The results of early assembly elections project that people give importance to the candidates irrespective of their parties. So Mr. G. Myilsami also has a chance to win the election. Though the candidates of MNM lose in this election, the short-term goal of the party will be achieved.

The Sulur bypoll is an unexpected one so all the parties are looking for the strongest candidates to establish their power. Even though MNM is a new party, it has established a good name among TN people. If people want a change, undoubtedly, the candidates of MNM will get the golden tickets to enter the doors of the Parliament.

Do MNM stands next to DMK and AIADMK in Sulur Bypoll?