Do not use Chowkidar Tag Says Shatrughan Sinha to PM Modi 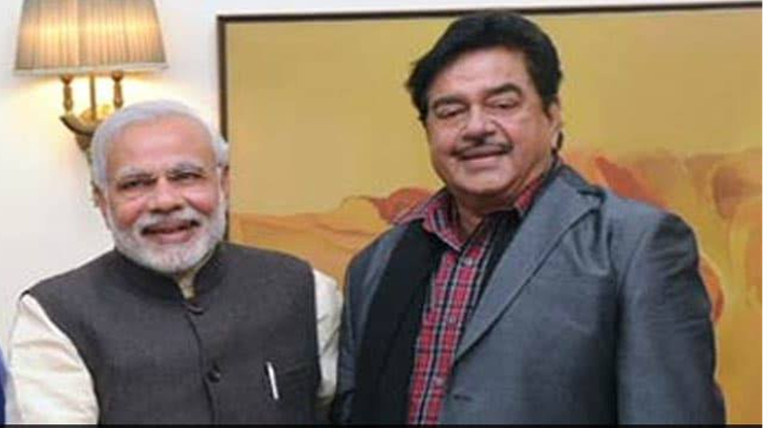 Shatrughan Sinha criticized  Prime Minister Modi as that Prime Minister Modi is campaigning ahead as he is a Chowkidar, and Modi continues to talk about it and remind the people who have not answered unresolved questions about the Rafale deal warfare Purchase Agreement.

Congress leader Rahul Gandhi has been blamed Prime Minister Modi for offering Anil Ambani's firm without offering the component manufacturing contract to the Hindustan Aeronautical Company in the Rafale warfare pact. Rahul blames that Chowdikar Modi for this issue. Bihar's PatnaSahib constituency MP BJP MP Shatrughan Sinha is criticizing the BJP leadership despite being in the BJP. Recently he participated in Congress-led mahagathbandhan Rally. Shatrughan Sinha is talking about the BJP's administrative disorders and the sharp criticism of the action.

Yesterday for Holi festival, Prime Minister Modi greeted on Twitter, "I also referred to the guardian(Chowkidar) slogan". BJP MP Shatrughan Sinha has a critically acclaimed comment on Twitter as a reply.  "Happy Holi Greetings with Prime Minister Modi (Sirji). I ask you with a sense that you do not use the slogan 'I am also the guardian'. Because if you use it to protect from the slogan of "the stealer" of the opposition, it will keep reminding people of many questions that are not in the Rafale war purchase case. They will be interested to know what the answer is. Without any formal advice and preparation, you suddenly addressed 25 million guards. How can it be 25 lakh guardians, why not 21 lakhs and 22 lakhs? The guards and the people who are in poverty will not have enjoyed this talk of the prime minister. These millions of people are in the grip of poverty and you do not have any meaning in using your fairytales. Instead of improving their living standards, the way to increase wage, the way to eliminate poverty and the best way to get paid". Thus, Shatrughan Sinha said. When Shatrughan Sinha concludes on Twitter: "Now you are the Prime Minister of this nation, and I am still with you. Holi festivities should be filled with love, color, and greetings."

Do not use Chowkidar Tag Says Shatrughan Sinha to PM Modi