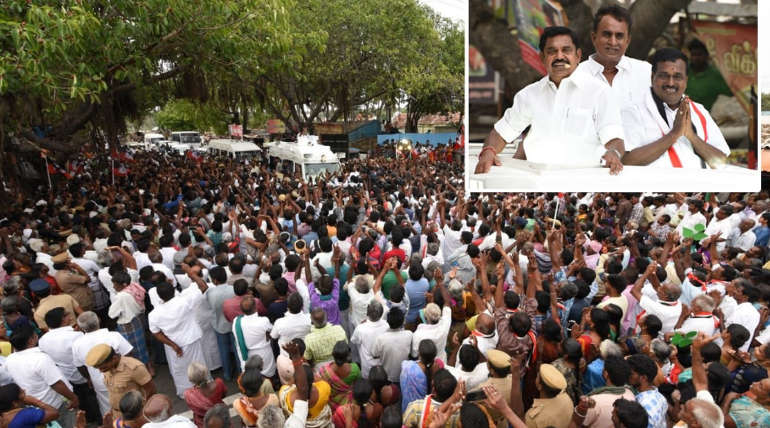 Sulur: Chief Minister Edapadi Palanisamy has answered that 25 years or 25 years DMK will not be able to rule. Ottapidaram, Sulur, Aravakurichi and Tiruparankundam constituencies by-election will be held on the 19th May 2019. The victory in this election has become a major issue for AIADMK and DMK. DMK is believed to have spawned this election coup. In this situation, the Chief Minister Edappadi Palanisamy was supporting VP Kandasamy of the Sulur constituency. AIADMK chief Edappadi Palanisamy also campaign in the constituencies including Jallipatti and Sultanpet. 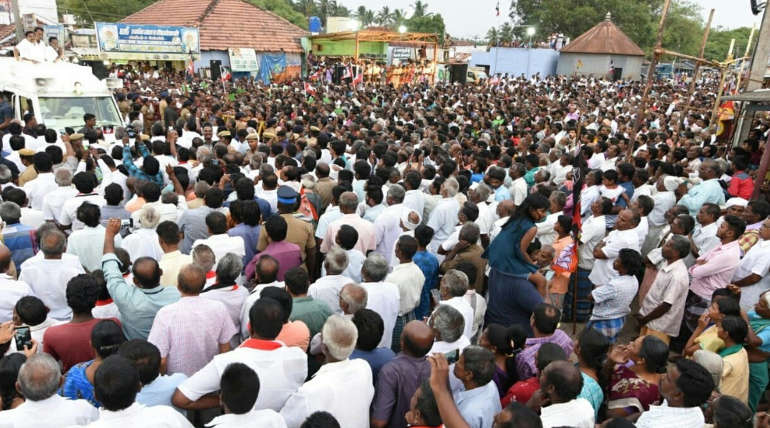 12 kg gold that worth Rs 13 crore has been seized by the Income Tax department. People need to know how this much money has come to Duraimurugan. 25 days or 25 years but DMK cannot come to power. Was MG Stalin's first deputy minister and local governor did he go to any village to meet the public and ask for the grievances? The Chief Minister said that the Sulur Assembly constituency will prove to be the stronghold of the AIADMK in the election and he pleased Sulur people's golden vote for the double leaflet.