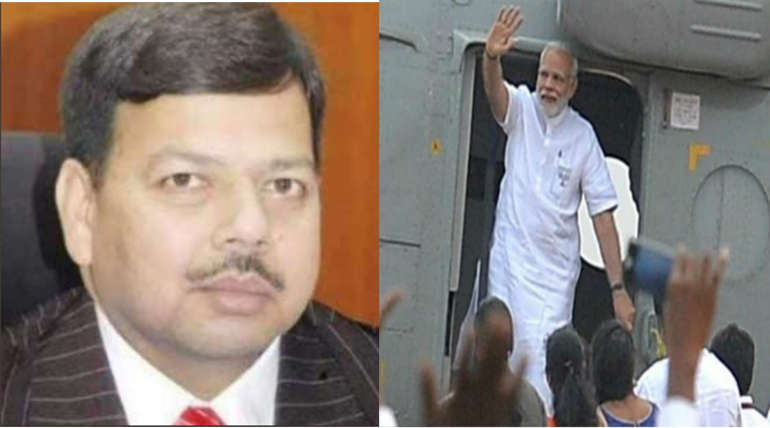 As the opposition expressed its objection, the National Security Advisor has been exempted from testing for the security of 10th April. In 2014, he issued a notification. Meanwhile, the opposition parties including Congress and Aam Aadmi Party have nothing to do with Modi. In the election, the test was the only one for everyone.In this case, IAS officer Mohammed Moshin sued the Federal Administrative Tribunal. There is no directive that the Administrative Tribunal should not check those in the National Security Forces security. The vehicles of Karnataka Chief Minister and Odisha Chief Minister are also tested by election observers. K B Suresh who is a Judical member mentioned,"..the suspension order issued by the Election Commission cannot, on the face of it, lie. It is hereby stayed. The applicant [Mr. Mohsin] will be eligible to rejoin his former position under the Government of Karnataka without any further ado about it."

In Mohsin application,"By videographing the helicopter, no insulting act was committed. If somebody strongly feels that somebody has been insulted, it indicates that there is something to be hidden. If somebody is irked for no fault of the officer performing his duty, he cannot be targeted by using the commission as a Election Observerâ€™s presence may irk the Prime Minister and his party. As PM of this country, he was required to voluntarily allow a search which would have enhanced his image. He should be a model to the other political parties and his own party members." The Central Administrative Tribunal ruled that the election commissioner Mohammed Mohsin was dismissed that was ordered by the Election Commission. Following the executive order, the Election Commission has withdrawn its orders to suspend IAS officer Mohammed Mohsin.