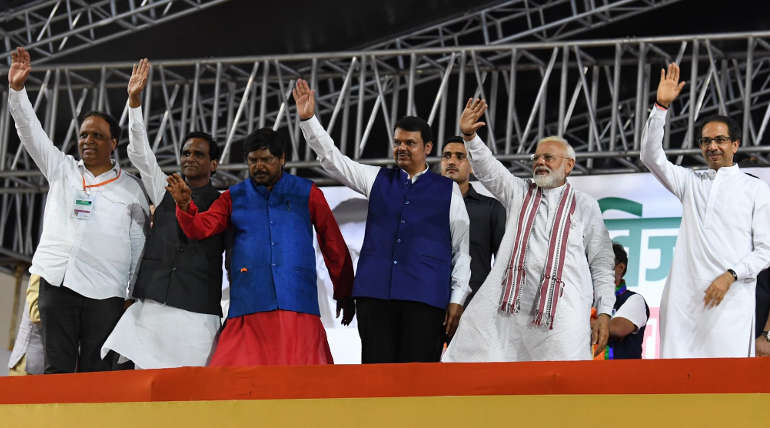 Delhi: Chief Minister Narendra Modi's speech in Maharashtra has never been violated reported by the Election Commission of India. This decision has been announced after Chief Election Commissioner Sunil Arora and two election commissioners have taken seriously took over the report received from state election officials.

"We have come to the conclusion that this issue has been discussed in detail regarding the rules of the Election Code and we have concluded that there is no violation," a senior EC official said. Meanwhile, PM Modi said, "Leaders of Congress party are now scared of contesting from constituencies dominated by the majority (Hindu) populationâ€¦ It is evident from the fact that one has to contest a seat where the minority is the majority." This is the statement complaint filed by the Congress Party against Narendra Modi.