Election Seat for who does not Expect AIADMK Candidate Fight 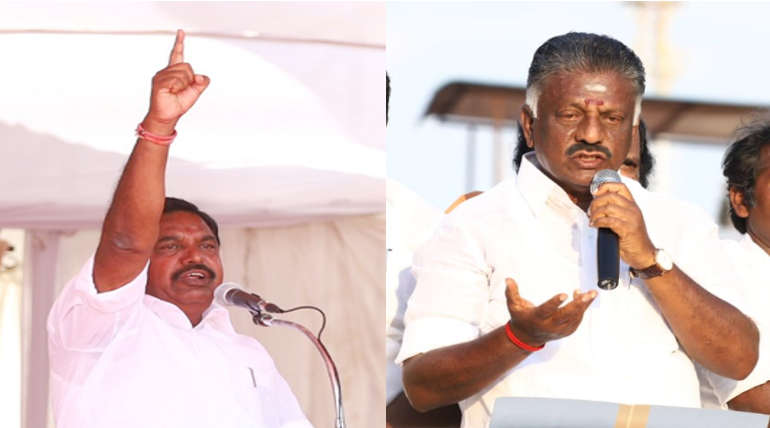 Like Madurai Lok Sabha Election, there is a clash in election of mid term candidate in Thiruparankundram by-election. Finally a candidate is nominated who is not recommended by two ministers and district secretaries. Thirty candidates were willing to contest for Thiruparankundram by-election for AIADMK. As Thiruparankundram belongs to Madurai eastern suburbs, there is a expectation,  district secretary V.V Rajan Chellapa recommends will be the AIADMK's choice. Minister Seloor K.Raju, Cine Field financier AnbuCheziyan, minister R.P. Udhayakumar, J. Deputy Secretary of state Vetrivel recommend late MLA A.K.Bose family member.

Rajan Chellapa recommended MGR Youth District secretary of suburbs of East district Lawyer Ramesh. He gave proposal to the head as he is in constituency within the district. Party Coordinator O Paneerselvam and sub coordinator K.Palanisamy were present at party headquarters late last night. At that time, party head said to Rajan Chellapa that last time nomination as AIADMK candidate for Madurai Lok Sabha Consiituency was upto him as this time party leadership will decide.

Rajan Chellapa mentioned that his subordinate district was split into 3 constituency and gave a seat to his son after assigning seat to Minister R.B Udayakumar recommended persons. He also mentioned that he did the election work at his own expense, the party leadership did not give it a pounce.  Minister R.B Udaya kumar who did not announce the nominees has challenged the lawyer Ramesh who advised Rajan Prabhakaran not to announce any one further. Minister Chellu K Raju said he is not both of them and his love and recommendation is for Anbu Cheziyan. So it end in quarrels.Yesterday O.Paneerselvam and Edappadi Palanisamy spoke to the team and nominated a person, Muniyadi from Kallar Community from the 30 member who applied.

Election Seat for who does not Expect AIADMK Candidate Fight