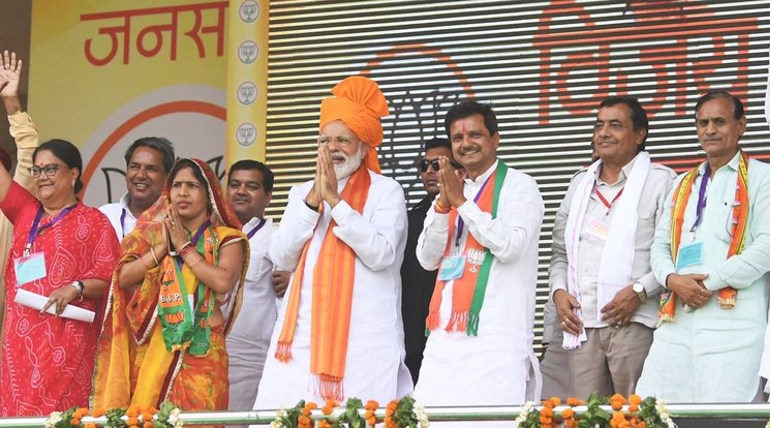 Narendra Modi along with BJP members in Rajasthan Meeting

It is customary for political parties to spend millions on election campaigns. The cost of volunteers, wall advertisements, and television ads are the most expensive during the election times. In the last few elections, the cost of social media is increasing. Now, it has further been increased in this parliamentary election 2019. According to the report from the Huffington Post Newsletter, how much each party has spent on this election campaigns is been out and the Bharatiya Janata Party topped the list.

This year, BJP has spent about Rs 5.9 crore on advertising in the Party products. This is the highest in India comparing to all other political parties who spend much on advertisements. The next place is held by the Dravida Munnetra Kazhagam. They spent 4.07 crores through online and offline promotions during the elections. The third place is Andhra Pradesh's YSR Congress who have spent 2.3 crores.

These are the cost of the parties directly. However, the Telugu Desam Party has joined its hands with digital companies to spend high on advertisements and campaigns. That's why they did not get into the list though they're expensive as reported by the Huffington Post.

In April this year, the BJP spent only Rs 1.3 crore on Facebook ads alone and these are just the cost for advertising. No news has been released yet regarding a single person transactions from the party. In case if there was anything like the Cambridge Analytical Problem had arisen here, that costs would have certainly crossed hundreds of crores.