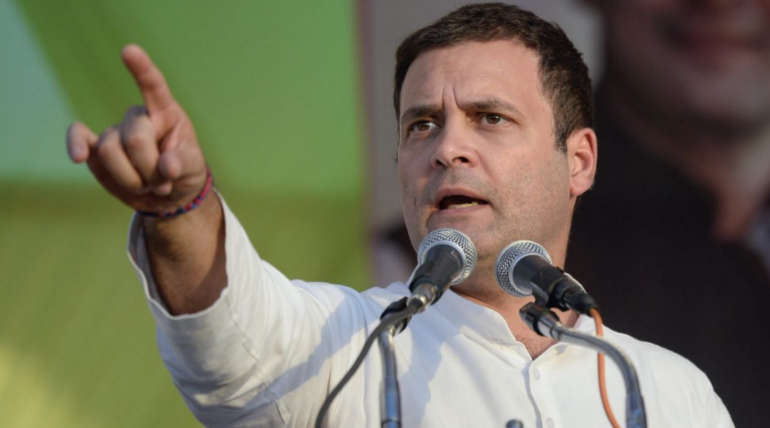 Congress leader Rahul Gandhi has asked why Prime Minister Narendra Modi does not speak at his election campaign meetings on employment situation, peasant level and corruption in the country. The Lok Sabha elections are being held in 7 phases. The first phase of polling ended on the 11th and the BJP, the Congress and the state parties have come under intense propaganda for the next election.

Congress leader Rahul Gandhi today launched a campaign to campaign in Kolar, Karnataka. He said:In the Rafael fighter aircraft purchase case, the guardian and thief did not change 100 percent. Prime Minister Modi has taken over 30,000 crore people and has given to his friend. It is true that he have stolen 100 percent of the money. I have a question. Why are all the thieves behind Modi's name?  We do not know how many more motives are going to come out. Nirav Modi, Mogul Sokski, Lalit Modi, Vijay Mallya, Anil Ambani and Narendra Modi are all from the same gang.

But he who claims to be a Chowkidar will never tolerate corruption. I ask, is Modi speaking about farmer's status, joblessness and corruption in his election campaign, and not like him, we do not lie. We have introduced the project to get a minimum income for the poor people belongs to poverty line. Poor people can get Rs.72000 per year. We have stated this in our election manifesto. If Congress comes to power, we will give women 33% reservation in Parliament, Legislative Assembly and Government jobs Thus Rahul Gandhi spoke.