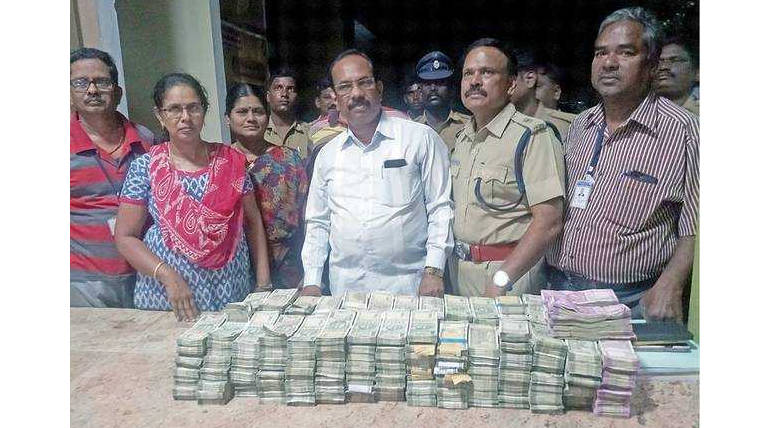 Police arrested four persons, including Viduthalai sirutai party chief executives, in the case of Rs 2 crore seized in a car near the city of Perambalur. Based on the information provided by a confidential person to Perambalur police, Kunnam Assembly constituency in the Perambalur district in the Chungkazhavadi district,Prabhakaran (45) from Tiruchi Kamarajar district, Thangadurai (50) from Trichy Karumandabhapuram, formerly from Perambalur district secretary, Marus Clive (30) from Nessapakkam in Chennai, Dindigul district

Prabhakaran was seriously injured during the investigation conducted by the police and the Income Tax department yesterday night and he was treated at Perambalur Government Hospital. Then, Trichy was admitted to the Government Medical College Hospital. In the 4 arrested, 3 other than Prabhakaran were produced before the Perambalur Criminal Court yesterday evening. The custody of the criminal was ordered by the court in bail.