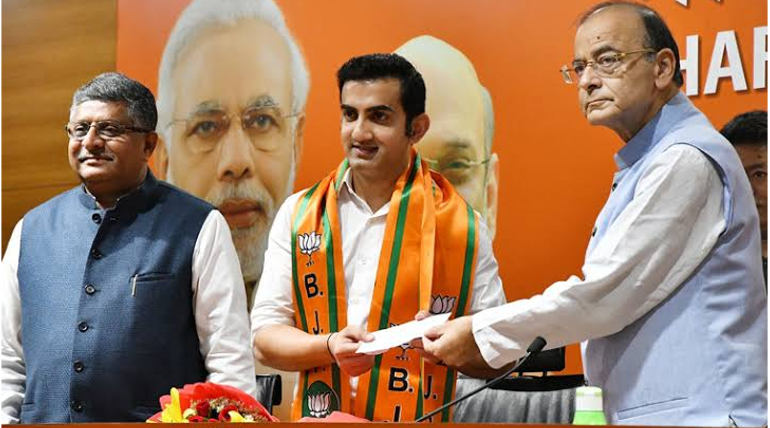 Former Indian cricketer Gautam Gambhir is officially with BJP now with just a few days for the Lok Sabha Elections 2019 to be started. Gambhir joined the party in the presence of the senior party members including Finance Minister Arun Jaitley and met the press after joining the party to make his social involvement in the coming days.

Gautam said "I am impressed by Prime Minister Narendra Modiâ€™s vision, I have contributed to the field of cricket and now hope to do more for the country" during his interaction with the press and got greetings from the party members and ministers. Gambhir has always shown his presence in social issues and national duties through his speeches and social media presence.

Gautam Gambhir has got some honors like Padma Shri award which is India's fourth highest civilian honor and also received a congratulatory letter from Prime Minister Narendra Modi recently. Finance Minister Arun Jaitley said, "Gambhir has excelled in his career and the party hopes to utilize his talent. The BJP will benefit from his talent."