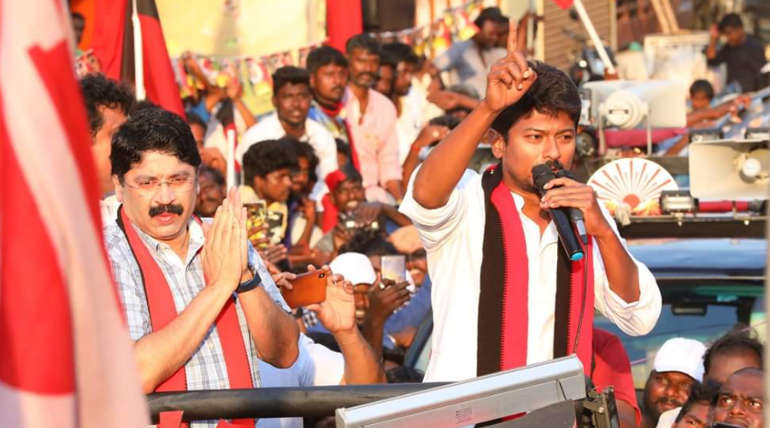 Udhayanidhi Stalin questioned how ADMK Government wil protect the people as it fails to protect Jayalalithaa, who was the chief minister earlier.

Leaders across the state are campaigning for the Lok Sabha elections. Udhayanidhi Stalin, son of DMK president Stalin, was active in supporting Dayanidhi Maran, the DMK candidate from Central Chennai yesterday evening.

Speaking then, he said, "I am asking you a single question. Does anyone know how she died? It is still mysterious. They sent to Apollo first and did not see her anymore. Have a photo took outside?

Then when the Chief Minister post gone, O Paneer Selvam questioned about this and went to Jayalalithaa's samadhi said there is a mystery in her death. Now the deputy chief minister gets shut up. Nobody does not know how she died.

Jayalalithaa had been hospitalized for 90 days and ADMK said, "Amma ate idlies and told that she had eaten chutney."

Did you know how much bill was put on that idlies ate by Jayalalithaa? 1.5 crore for two idlies. An idli costs 75 lakh rupees. Suddenly one day they says she is dead.

How does a government not provide security to a chief minister will give security to the public, how does it protect the public? So forget and vote DMK," said Udhayanidhi.