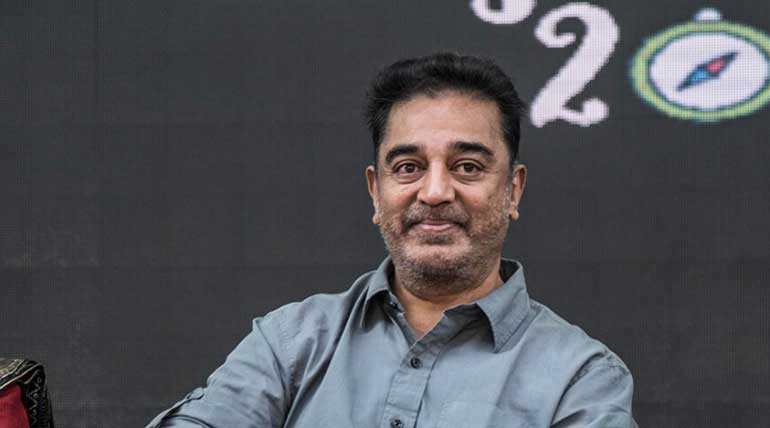 The state ruling AIADMK had proposed the yearly budget on March 15, 2018, for the year 2018-2019. Opposite parties like DMK, Tamil Nadu Congress boycotted the budget session within few minutes after the proposal started in the assembly. DMK's leader M K Stalin criticized the budget as a mirage of Tamil Nadu ruling party. But everyone expected Kamal Haasan's comments over the budget 2018 but he didn't make any comments or tweets on the day.

Kamal Haasan said the budget that proposed was just a photocopy of the previous budget except the 'Thiru Kural' because the proposal consists of no special regarding towards farmers, weavers and fishermen. He completed the first statement with a phrase with his own way of unique criticism that 'My people deserve better representatives to script their future'.

He questioned the government about the unemployment and skill development of the youngsters of Tamil Nadu by citing the Employment Exchange reports that claims nearly 1 crore youngster of the state is wandering without any job. Meanwhile, the government said only 4 lakh students were skilled out in the past seven years and out them 1 lakh were placed in jobs.

He questioned the budget allocations of Rs. 550 crores on Athikadavu and Kudimaramath projects that will give an illusion of development for the citizens of Western Tamil Nadu again as like the previous year. And around Rs. 27000 crores were spent on the school education but the allocation failed to keep Tamil kids in the backstage in the nation's school education, he pointed out in his review.

Are we expecting too much

He requested the state's rulers to consider developing the local industries without corruption and delay within the upcoming global investor summit. His request is based on the survey he did, regarding the previous global investor meet of 2015. He questioned that around Rs.2,42,000 crores had been committed with the previous meet but only 62,738 crores have been gone for implementation but where the remaining Rs.1.72 Lakh crores have gone The previous allocations for making Chennai a mega city had placed the city at the 5th place among 23 cities of India. But unfortunately, 5th from the last position.

A statement, by keeping his rationality aside...

Initially, more than 1000 idols have gone untraceable in past few years. Still, there is action over them and no allocations for the Hindu Religious and Charitable Endowments Board in the budget. Hence the prescribed board will go vanished soon in the future as same like the idols.

Failed to get the trust of people.

The wakf board that looking for the welfare of minority people of the state who constitute nearly 70% of the state’s population. The board's election had been stopped a long ago then how come a minority will keep a trust over the failure government that failed to keep up the elections without any fail. The hardest part is the lethargic and failure governance lead to the result of RS.45, 000 depts on each Tamilan head in past 8 years.

From the Above reviews, it seems Kamal Haasan is questioning the government of Tamil Nadu, like whether they proposed a budget or just a report on financial expenditures of Tamil Nadu cabinet personalities