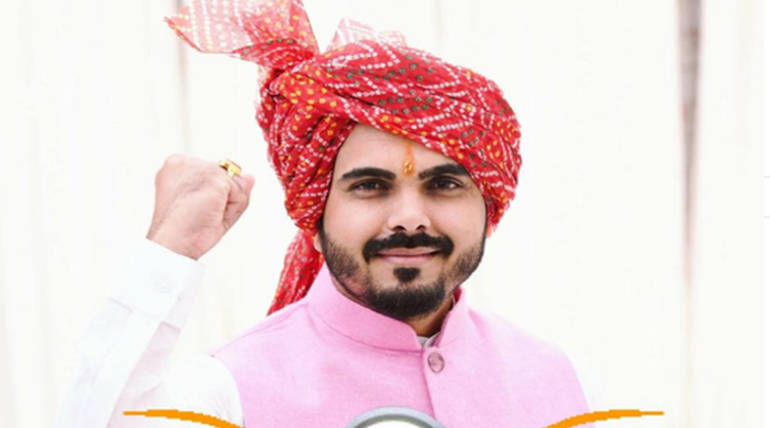 The Bharatiya Janata Party (BJP) candidate has issued a list of 36 candidates yesterday to be shut down in Andhra Pradesh, Assam, Maharashtra and Odisha. The BJP will soon launch a list of Madhya Pradesh constituencies. Abhishek's name was also expected in the list. In the meanwhile, the Lok Sabha has withdrawn his petition saying that he did not wish to be a successor. "Prime Minister Narendra Modi and senior BJP leader LK Advani Advani and his wife have expressed their opinions against successive politics.I do not want to block the road when the party is struggling for such a reason. I do not want to hear another voice of succession politics. Therefore, the successor and family currently promoted in national politics I also withdraw my choice against politics. I do not want to stand in the coming Lok Sabha election. The party should consider somebody else," he said in his Facebook account.

In the forthcoming general election, voting for four phases will be held in Madhya Pradesh. Voting is scheduled to be held on April 29, May 6, May 12 and May 19 that is as per four, five, six and seventh appendix. There are 29 Lok Sabha constituencies in Madhya Pradesh. The BJP has won 27 seats. Congress won 2 of the remaining seats in last election.