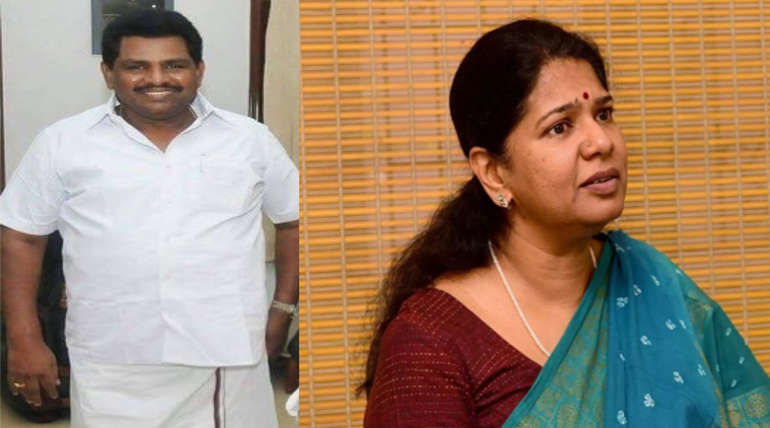 Anitha Radhakrishnan whose home is in Tiruchendur has been raided by Income tax department officials last night. Meanwhile there is another raid incident happened in AMMK Dharmapuri Lok sabha constituency canditate and also he is relative to former AIADMK minister Palaniappan and a amount of 25 lakh seized in the house.

DMK party state secretary Kanimozhi Kanimozhi is contesting on behalf of DMK in Thoothukudi Lok Sabha constituency. Anitha R. Radhakrishnan is an MLA who is in support for her election routines. Anita Radhakrishnan's farm garden located in Thanduppattu village near Udankudi in Tamil Nadu and election surveillance was conducted a raid on the 29th of last month and this month 1st. During these trials the money or the material was not confiscated.

Anitha Radha Krishna's supporters house have been raided by the Income Tax Department yesterday. Sridhar Rodrigo is from the Peter Street in Veera Pandinapattinam near Tiruchendur. He is DMK Fisherman Organizer in Thoothukudi south district. Income tax officials in seven cars had arrived at home yesterday at 9.30 pm. Anitha Radhakrishnan's supporter, Sridhar Rodrigo entire house has been tested. At that time there were only Sridhar Rodrigo and his wife in the house. In the same area, the Income Tax department also searched the house of  Sridhar's brother Anand Rodrigo who was in the same area. Around two and a half hours of trial took place at night between 11 pm. This test did not get cash or other items. A large number of DMK volunteers gathered to that house as they know about the income tax department raid. This caused the crowd in the area.

In the meanwhile, Pelliappan of Palakode which is in the Dharmapuri district. He is a retired employee of Tamil Nadu Government . He has a petrol punk in the same area. Besides, he has been conducting various companies. He is the cousin of AMMK Dharmapuri Lok Sabha constituency and relative to former AIADMK Minister Palaniappan. Earlier this morning, the department of inquiry officials checked from morning to dawn yesterday. During the test, there was Rs 25 lakh without enough documents.

When the Income Tax Department asked him about this, he said, "I have documents for this amount. I will refund the amount by restoring the documents. Now you can take the money," he said. Income tax department has informed the district administration not to the case until they submit the proof documents.