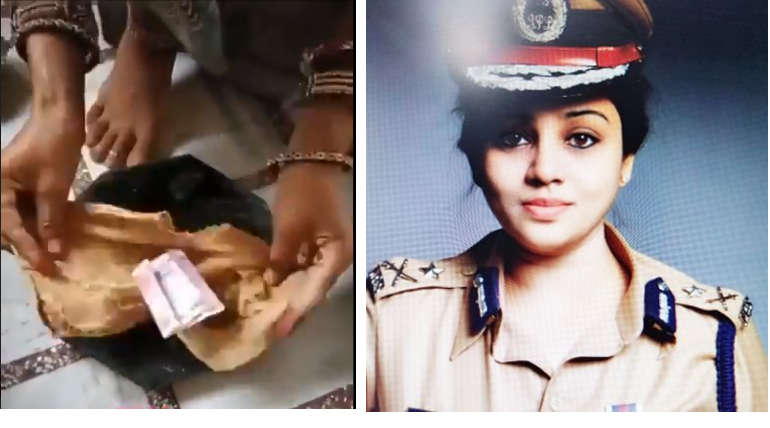 into effect on that day. The Lok Sabha elections will be held from 7th of April to 7th of May. The vote count on May 23rd.

As the Lok Sabha polls are stirring up, political parties are actively engaged in the election campaign. Over the last 20 days, thousands of people have been flying across the country and vehicles have been set up and vehicles have been tested. Flying vehicles, private bus, bus, government buses, airports, railway stations and checkpoints are undergoing testing.

The Election Commission said that money from flying troops were seized in the amount of Rs 600 crore, liquor and free goods. The total amount seized in Tamilnadu alone is Rs. 71 crore.In this case, Rupa IPS registered on her twitter page on cash distribution inside chapattis is a way of using the voters to attract voters. The authorities have reported that it should be observed. She has the video link in her Twitter page.