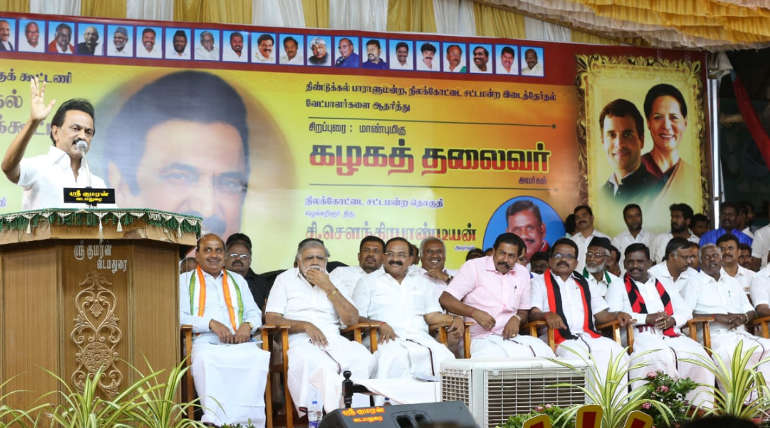 Yesterday DMK leader Stalin campaign in Dindugal district Vadamadurai for votes for supporting candidate Velu Sami. DMK president Stalin complained that Prime Minister Modi's government is a "Government for corporates" and his government would give six thousand to farmers. Stalin's campaign in favor of DMK candidate Velu Sami in Dindugal district in Vadamadurai.

Speaking at the meeting, he said, "If the change of power is going to happen, then the investigation in Jayalalitha's death is the first job." Not only in Dindugal district, during campaigning in Thanjavur he declared the same. He said that the trial would be investigated. He spoke angrily about her death, "However people are expected to be investigating the death of Jayalalitha".

Stalin continued,"She is not like kuppano or suppano, we may have too many disagreements and differences, that is different. Politics is different, but the chief minister of Tamilnadu died mysteriously. The reason for her death is to be found. We have to punish those responsible for it and lock them up in jail." He spoke angrily that he would not let this stop.