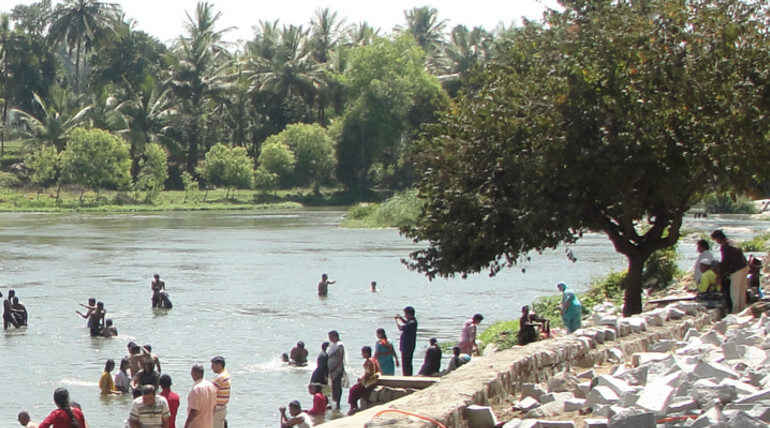 After a long time, the Supreme Court had passed a verdict on the unended crisis of two Indian States Tamil Nadu and Kerala regarding the Cauvery water sharing. The supreme court through its verdict pushed extra 14.75 TMC water towards Karnataka through its water scarcity crisis but pulled some amount of Tamil Nadu's Credit of Cauvery water. The Sp also ordered the central government to lift up the Cauvery Management Board soon with the period of six weeks.

Soon after the verdict passed both states Tamil Nadu and Karnataka arranged an All Party Meeting regarding the verdict passed by the SC in February. The All Party Meeting of Tamil Nadu ended up with vows of stability over getting the Cauvery water rights of Tamil Nadu. Later a few officials from Tamil Nadu and Karnataka have been sent to the capital to discuss the setting of Cauvery Management Board. However, five weeks of prescribed six weeks have been swept away without any decisions clearly made over the CMB.

In the meantime, both houses of parliament have been continuously stalled by TN MPs over the CMB issue and No confidence Motion undertaken by the INC, YSR, TDP and TRS against the central. The eruption becomes even worse after the Speaker of the House Sumithra Mahajan failed to table the No Confidence Motion for discussion and zero tolerance of TN MPs over the negative reaction from the central government.

Following this, in Tamil Nadu, few farmers associations and political parties lifted up protests for stressing the central government for setting up the CMB. Many political leaders have marked their remarks over both state and central rules. M K Stalin, the chief of DMK and the opposition leader of the TN cabinet has passed a statement with strong criticization that the state government is still kept kneeling down before the central. Hence Tamil Nadu is kept failing to flag up its rights towards Cauvery water.

While everyone in a state falls in a single line to fight for CMB the line seems erased by the neighbouring state. On March 23, Karnataka's chief Secretary had written a letter to the central that instead of planning for the CMB a six-membered implementation committee should be formed by the central to manage the Cauvery river water distribution and an 11 membered monitoring team to monitor the implementation committee.

The written letter also states that no states should reach the SC directly regarding the Cauvery and the CMB issue except the committee members. Appart from this the verdict of the SC had not mentioned anything about the formation of CMB and the protest and demands of Tamil Nadu government seems as a total contrary to the verdict.

The Deputy Chief Minister of Tamil Nadu requested the political parties and the farmers' associations to maintain calmness in the CMB issue till 29th of this March is to be noted.