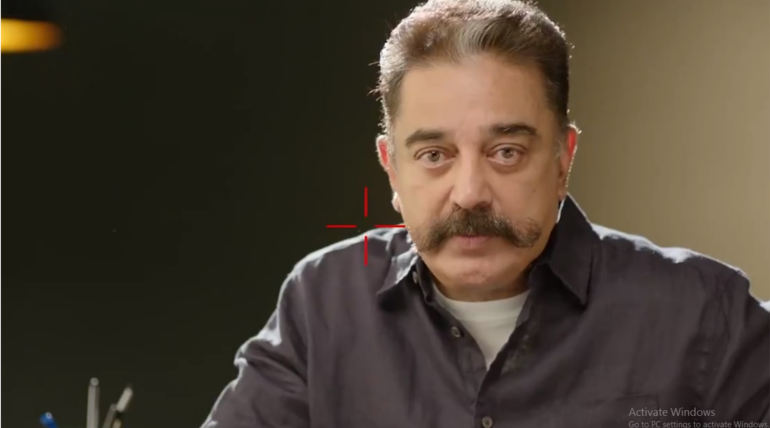 Kamal Hassan has written on his Twitter page matching his Marudhanayagam song with the riot incident at Ponparappi in Ariyalur district. The Lok Sabha and Legislative Election took place on 18th of April and places all over Tamil Nadu took part in the Lok Sabha elections with the new alliance parties. There was a large moment of violence after the election, involving the VCK party and the PMK party members. President of the VCK, Thol Thirumavalavan is contesting in the Lok Sabha, at Ponparappi village and due to his allegations on the PMK cadres capturing the poll booths irked huge violence in the region.

Thirumavalavan's party symbol, Pots were broken on roads and this followed a debate between the two sides which apparently turned into a physical battle. One of the provocations of this incident suddenly went into the residential neighborhoods and attacked the homes of the area where the pot symbol was seen. More people were injured in the incident and were taken to the hospital.

More than 20 houses were looted in this incident. More vehicles were burned. The police have said that the case has been registered against the riot makers and investigations are going on. Also, the police are making the area secure by surveilling projected areas In this case and the victims are asking for justice and expressing their demand through social networks.

In this situation, Kamal Haasan, the leader of the Makkal Needhi Maiam condemned the act and he also mentioned that the song written by Ilayaraja and himself in the unreleased and shelved film Maruthanayagam for this incident. He pointed out the lyrics of the song and expressed his anger towards the incident. He mentioned that this incident marks a great insult for the Tamil community.