Kanimozhi On April 18 Ruling BJP Government will be Thrown Out 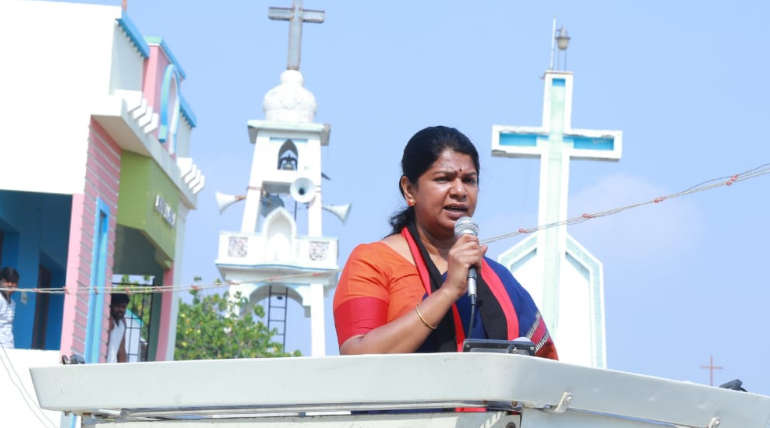 PMK have filed a case against the acquisition of land for the eight way lane corridor from Salem to Chennai. The verdict was released yesterday (April 8).

The decision was marked for a ban on the eight way lane corridor of road proposal. This judgment has made great happiness among the Tamilnadu people.

Following the Supreme Court order, that land should not be acquired for Salem - Chennai eight-way road, landlords threw stones away  from their land laid by department people. This ruling anarchist state will also be thrown out on April 18

Kanimozhi On April 18 Ruling BJP Government will be Thrown Out