Karunanidhi is the last CM of DMK: PMK Founder Ramadoss 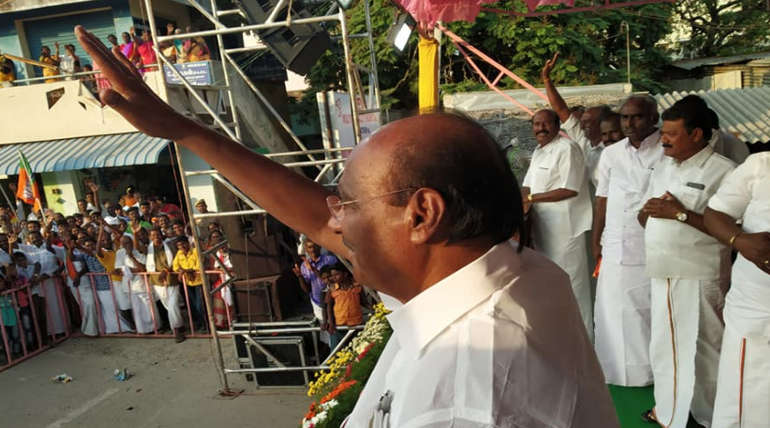 Ramadoss, the founder of PMK Party said that nobody can become CM from DMK. Yesterday, PMK founder Ramadoss joined the campaign on Sriperumbudur and Thiruvallur Lok sabha constituency. He collected votes in various places in favor of Dr.Venugopal and Vaithiyanathan, AIADMK candidates in the Thiruvallur Lok Sabha constituency and Poonamallee constituency respectively. At Nanganallur, he said:

Stalin is floating in dreams as he is next Chief minister. DMK has become a corporate company. Congress will get only 100 seats in this election. 4000 families will be affected by the expansion of the airport near Pallavaram. Likewise, I went on protest against the Sub-Town Plan announcement and withdrew the plan.

TR Balu contesting here as he cannot stand in his hometown, Thanjavur. He runs the alcohol factory. But our candidate is to treat the victims of alcoholist. Karunanidhi is the last CM of DMK. No longer they will become leader of the Opposition party. Our coalition will win in all constituencies. The Prohibition for liquor was implemented in Tamilnadu but DMK was once again brought liquor. The Chief Minister will definitely take action for teacher and government employees problems.

Karunanidhi is the last CM of DMK: PMK Founder Ramadoss