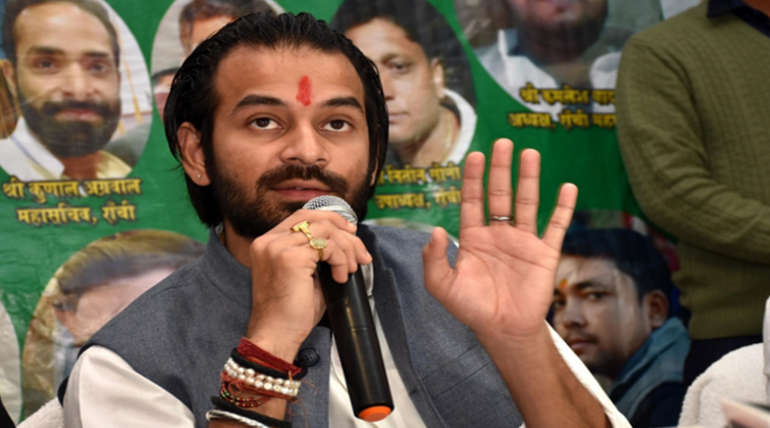 In 2013, Lalu's eldest son Tej Pratap Yadav and his younger son Tejaswi Yadav were involved in politics. The Rashtriya Janata Dal, the Janata Dal and the Congress coalition in the 2015 Assembly elections, have won.

United Janata Dal leader Nitish Kumar was the Chief Minister and Lalu's younger son Tejaswi Yadav was sworn in as Deputy Chief Minister. Senior son Tej Pratap Yadav was appointed as the Health Minister. Then there was a conflict between brothers. It is said that Tejasvi Yadav has not handed over to Tej's supporters in the Lok Sabha elections. Since then, Tej Pratap has resigned from Rashtriya Janata Dal Youth wing.

Following this, he started a new party named 'Lalu Rabri Morcha'. The sources said new party is planning to contest in 20 constituencies in the upcoming Lok Sabha polls. Tej Pratap said "I have formed Lalu Rabri Morcha for committed and young workers of the party being ignored by the RJD leadership. I have already spoken to (younger brother and Leader of the Opposition) Tejashwi ji and Lalu ji about need for encouraging young, genuine and committed workers who can help party grow. I had proposed names for only two candidates. I had wanted young worker Chandra Prakash to contest from Jehanabad but the party has given ticket to Surendra Yadav, who has lost thrice".