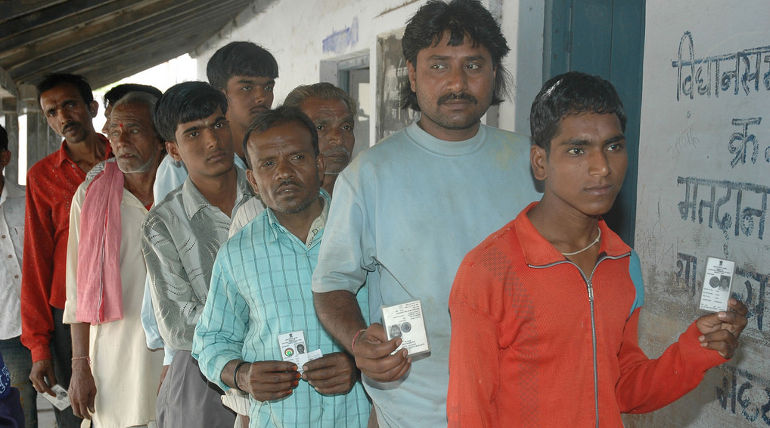 Deputy Election Commissioner Umesh Sinha thanked all the voters who voted in 1.7 lakh polling stations across the country and concluding the first phase of Lok Sabha election in a peaceful way, in spite of the difficulties. The voting percentage in Telangana was nearly 60 till 5 p.m. for 17 Lok Sabha constituencies. The polling was nearly 80 % in Andhra Pradesh, and it continued till midnight (Malfunctioning of Electronic Voting Machines (EVMs) was one of the reasons for the delay) in some booths. Tension among some political groups left two dead. 81.8% voters turned out in Tripura.

Around 50 % voting was seen in Bihar for the four Lok Sabha seats. Uttarakhand registered 57.8 % voting. Amid huge safety concern, 54.4 % voting was recorded in Jammu and Kashmir. Odisha Voting concluded in 4 Lok Sabha, 28 Assembly seats and 66% voter turnout occurred till 5 pm.  In Maoist-threat areas, polling concluded at 4 pm and in the remaining areas, voting continued till 6 pm. In few booths (as many as 6), polling was disrupted due to Naxals threat.