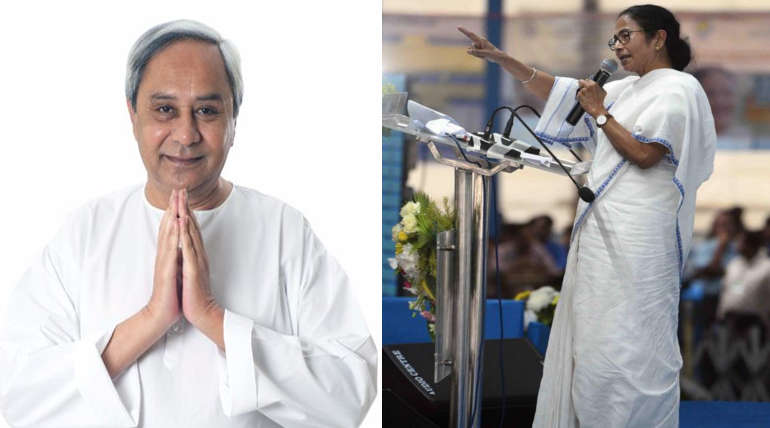 Lok sabha election 2019: BJP is expecting a big win in West Bengal and Orissa in the forthcoming parliamentary elections. The BJP, which has won only one seat in Odisha and in two constituencies in West Bengal in the 2014 elections, is not strong enough to rely on these states. There are more reason to know more about it.

The BJP has risen to become number 2 in the local elections held in these two states after 2014. The BJP is transforming today as the main contender for parties in the two states, the Biju Janata Dal and Trinamool Congress. These two parties are parties from the alliance with the BJP at one point. Naveen Patnaik began his party in 1997 after the death of his father Biju Bhatnaya. In 1998, 1999 and 2004, the Biju Janata Dal-led coalition with the BJP won 16, 19 and 18 constituencies respectively in 21 of the total. This coalition strengthened his party against Congress and developed a one-third vote bank.

Similarly, Mamata Banerjee, who split from the Congress Party and started a party named West Bengal Congress, later renamed it Trinamul Congress.  Mamata joined the BJP in 1998 and 2004 elections. However, his party did not get much development as the Biju Janata Dal. In this situation, the two parties changed their alliance in the 2009 Lok Sabha election. In the Orissa, the Biju Janata Dal had a separate electorate. In West Bengal, the Trinamul Congress formed a coalition with the Congress Party.

While the coalition suffered losses from the BJP, these two parties were rewarded. The BJP, which has set itself apart in this period, has developed good promises.In the case of the 2019 election, the BJP is likely to win over the Congress, the Congress and the Left in West Bengal to win a large number of votes. If this happens, the BJP will become the main party in the two states and the state parties behind it. West Bengal has grown as a replacement for the ruling party and opposition. If the vote for the opposition goes back to the BJP, it will win over the major constituencies.

In the 2019 election, the BJP may have a situation where the Trinamul Congress and the Biju Janata Dal parties have to change their political position. Again, their rivals, the Congress and the Left, will have a chance to form a coalition with the Left parties. However, if the National Democratic Alliance is to meet these parties, it can also gain political profits. Even if the BJP does not get the strength needed for the majority, these parties will benefit from the prospect of losing the support of the BJP and helping the development of these states which are in the backdrop of the economy.