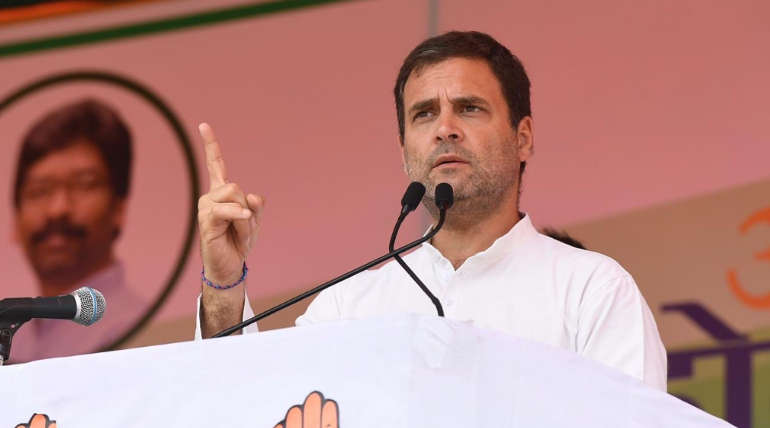 Lok Sabha Election 2019: The election fire keeps on sparkling with the majority of the campaigns being tossed from two parties. During the rally in Madhya Pradesh on April 23, Congress president Rahul Gandhi spelt out that â€œNarendra Modiâ€™s new law says tribals can be shot at â€œ. This has enraged the NDA and a complaint has been registered against him. Election Commission has issued a notice through special messenger against Rahul Gandhi for infringing the model code of conduct. It also instructed that the response is awaited and it should reach them within 48 hours failing which action will be taken without further citations. This notice has come after two party members from BJP complained against Congress President a week before.

The model code of conduct cited that unverified allegations amongst political parties will immediately be condemned. Rahulâ€™s words in the national language are translated as â€œNarendra Modiâ€™s new law (about tribals) will snatch your land, take away your water and you can be shot at,â€ following which the election commission issued show-cause notice. This allegation has come during the time the Congress president already encounters legal issues for the statement uttered: â€œChowkidar chor haiâ€.

In spite of an affidavit of 28 pages, there was no mention of any apology and the Supreme Court has insisted to offer a clear apology or confront a criminal contempt. â€œTo err is human; but it has to be either corrected or revoked by apologizing,â€ Stated justice Sanjay Kishan Kaul. Just regretting cannot be considered as an apology the justice added. It is also reported that the affidavit was not clear and the statements are not understandable. The bench gave time till Monday to file an additional affidavit. According to Rahulâ€™s statement, the comment was made involuntarily when the Supreme Court decided to reopen the Rafale case in spite of the government tried to close it with so-called facts and figures. In the midst of Lok Sabha elections, Rahul does get additional responsibility of defending against allegations?