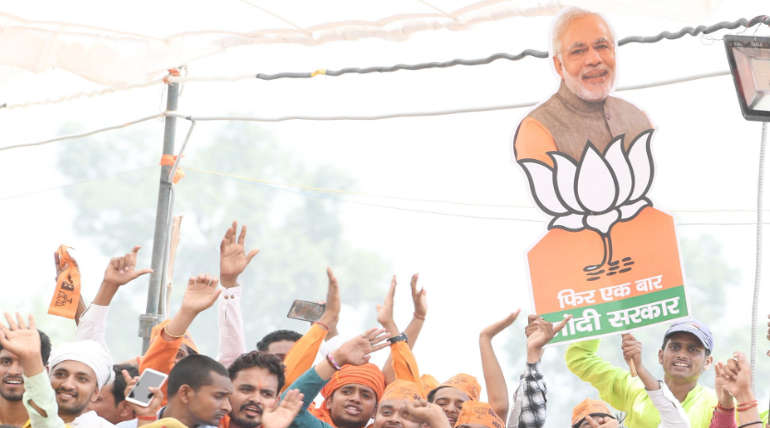 Narendra Modi Didn't Do Anything Wrong in Campaign

Lok Sabha Elections 2019: During a campaign rally Prime Minister Narendra Modi urged the people who vote to dedicate their votes to the soldiers who performed the surgical strike in Balakot. This statement was the reason for a complaint lodged with the election commission stating that he used the soldiers as a tool for his campaign.

Surgical strike and its politics

The Surgical strike of Balakot is an event that came to the rescue of Narendra Modiâ€™s election campaign right before the Lok Sabha elections. The airstrike was done as a retaliation to the bombing and killing of 40 central reserve police force jawans by a Pakistan based militant group Jaish-e-Mohammad. The BJP government claims a large number of casualties resulted in the air strike in Balakot which they claim is a JeM training site. Though the number of casualties and the effectiveness of the air strike is debated to be very small, BJPâ€™s marketing wing did a splendid job of using the air strike as a marketing tool in many occasions.

The event is used as a cornerstone of their campaign strategy by many supporters of BJP saying it as an act of bravery and national pride and shut the sceptical people and opposition leaders such as Rahul Gandhi as being jealous of their victory or labelling them as Anti-Indians.

This technique of labelling and use of catch phrases landed BJP their last victory and they are using it again to rally their troops who are die-hard supporters of Modi.

The election commission replied to the complaints saying that Mr Narendra Modi did not use the statement to support an individual candidate or a party but just encouraged more young people to vote and thus he hasnâ€™t broken any rules. They also dismissed other smaller complaints against Prime Minister Narendra Modi along with this one.