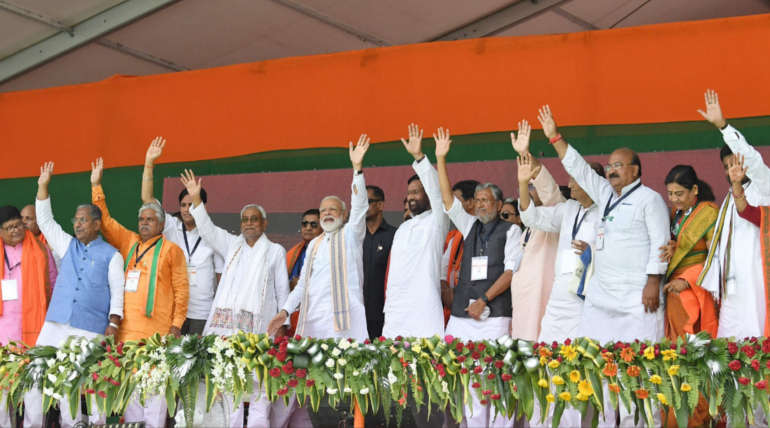 The campaigning still continues in the remaining constituencies of phase 4. Several leaders including Prime Minister Narendra Modi are propagandizing towards the common goal. The public meetings are happening to woo the voters. Promises are chained like a streak, but are those realistic? It is reported that demonetisation is one of the failure races the NDA government contested. On the same token, GST has made the poor poorer and the so-called elites the escapers. NDA government leader and Prime Minister Modiâ€™s current election promises include sending the corrupt to jail and recovery of all the black money.

But the recent statistics counter the statement. Also, in a lot of rallies, NDA government representatives took Pulwama terror attack in hand and the retaliatory steps being taken. But is it a fair play in the ground? Is it not the responsibility of a country to respond the way we responded? Is that a feather in the cap to advertise? Also, the BJP government has promised to provide a house to every citizen in the country by 2022. It is committed to Nationâ€™s security. It should be noted that vociferous promises should just not be voiced out but to be pursued.

Congress government counters the NDA government with its promises of ensuring seventy-two thousand rupees to the poorest in the country every year. Also, Congress president Rahul Gandhi stated that he will take on the Rafael deal scam. During his partyâ€™s regime close to 141 million people are removed from the poverty scale. On the other hand, the NDA regime has pushed millions of people to poverty. Rich has become richer and poor have become poorer. Also, the UPA government reminded voters of BJPâ€™s promises and the consequences. Jobs and 15 lakhs in bank accounts was the promise rendered in 2014 elections but no jobs, fear and resentment were panned out. Can we print a corrigendum for the promises voiced out? Will the current promises at least be materialistic given a second chance? With no clues, time only will unleash the realities.