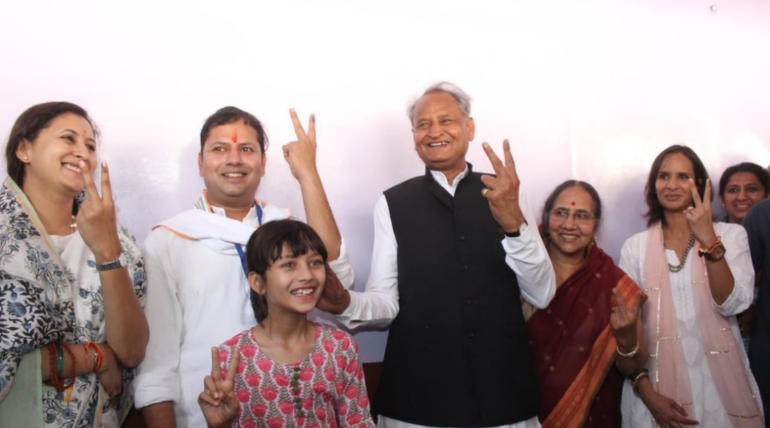 Phase 4 of the election happened on Monday in 72 constituencies across nine states. The states include Rajasthan, Madhya Pradesh, Jharkhand, Bihar, Uttar Pradesh, West Bengal, Maharashtra and Odisha and Jammu and Kashmir. Though technical glitches and violence surface in West Bengal the highest turn-out is recorded in this state. The poll percentage recorded in West-Bengal (76.5%), Madhya Pradesh (66.5%), Rajasthan (66.4%), Odisha (64.1%), Jharkhand (63.7%), Bihar (58.9%), Maharashtra (55.8%), Uttar Pradesh (55.6%) and Jammu and Kashmir (9.8%).

Violence episodes were reported in West Bengal and Odisha costing the life of a Congress worker. The conflicts broke out between the supporters of TMC and BJP in Nanoor, Rampurhat, Nalhati and Suri areas of Birbhum seat leaving eight others injured. In spite of that, West Bengal recorded the highest turn-out in the eight seats as mentioned elsewhere. It is also reported that the violence erupted on account of the ruling TMC and BJP alleged each other of threatening the voters lined-up in the polling stations. Technical glitches also take a toll delaying the polling in 60 booths. In Kulgam district of Jammu and Kashmir, incidents of stone pelting were reported. In Mumbai, Bollywood stars and billionaires have exercised their voting rights by casting their votes respectively

Lok Sabha elections have been scheduled from 11th April to 23rd May in seven phases. It is also reported that a count of 1.9 crore first-time voters is registered in the seven phases of the election which is 19% more than that in 2014. A large number of debuts have cast their votes in Mumbai entitling their ebullience in choosing the government. The young population is expected to revolutionize democracy. In Maharashtra polling has been held in 6 constituencies. This phase 4 has seen the end of the polling in Maharashtra and Odisha.