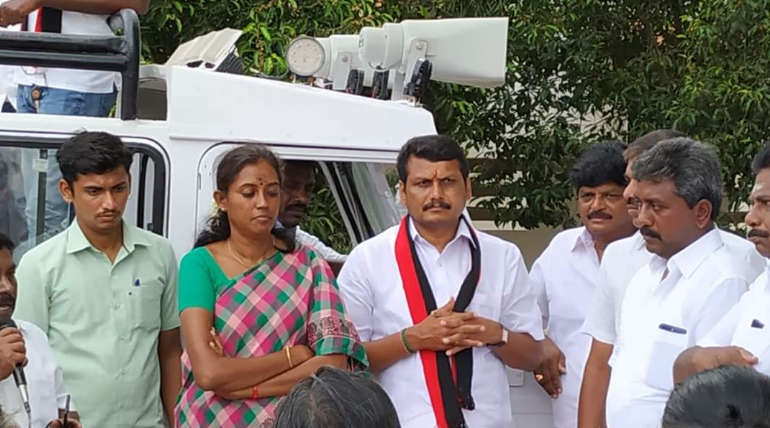 Aravakurichi seat nomination began on 22nd. Following this, DMK candidate Senthil Balaji filed a recent nomination with the Election Commissioner Meenakshi at Aravakurichi Taluk office. Geeta of the National People's Party (NCP) has filed a petition in the Madras High Court seeking the order not to accept Senthil Balaji's petition. The last time the Aravakurichi constituency was canceled was because of corrupt practices. In view of this, we should not accept Senthil Balaji's nomination, which has already filed a nomination for the same seat. He said that if he allowed him to compete, it would be a false precedent.

She have filed a similar petition with the same petition in 2016. The High Court, which inquired into the case, condemning the matter and denouncing that she was now wasting time of the court, as a new case. The petition that she filed is dismissed and Rs. 30,000 fine is imposed. In the next 15 days, the judge issued a directive to Gita to pay the money to the Justice Fund.