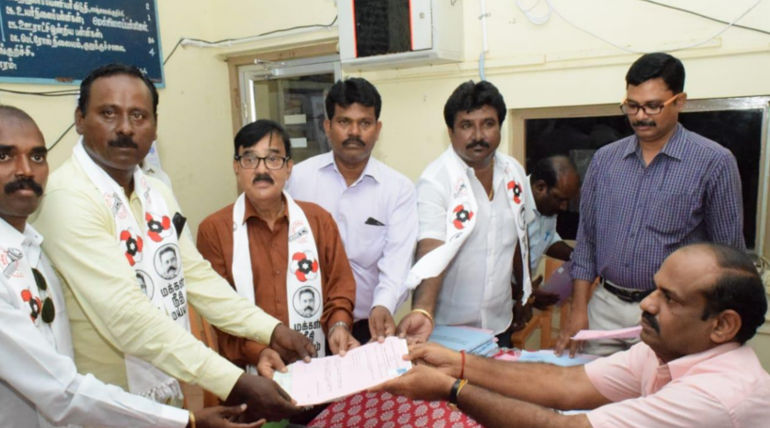 Dr Kamal Haasan announced Mr M. Gandhi as the candidate for Valarum Thamilagam Katchi an ally of Makkal Needhi Maiam in Ottapidaram. He is a 49-year-old activist hailing from Vilathikulam in Thoothukudi. He is an experienced candidate with 30 years of field exposure and has previously contested for two times.

The constituency is seeing the big titans of the area, DMK's Shanmugaiah and AIADMK's P. Mohan are contesting in the election. R. Sundararaj who was a disqualified MLA of AIADMK from Ottapidaram constituency filed his nomination representing AMMK Party led by TTV Dhinakaran. He said that a lesson would be taught for the ADMK, which disqualified him from the constituency during the by-polls.

Mr M. Gandhiâ€™s manifesto states that he is an active participant in protests where people fight for their rights. It includes the protests for wage increment for tea estate labour in Valparai and Mancholai and protests against the river sand mining in Vaipparu.

History in elections in Ottapidaram

Ottapidaram is reserved constituency in India which is a constituency reserved for a certain group of the population for contesting the elections to enable fair share of governance for the backward classes in the area. Though party wins here are mixed up, the recent trend favours ADMK and last one too was won by ADMKâ€™s R. Sundaraj whose death is the reason for this by-election.