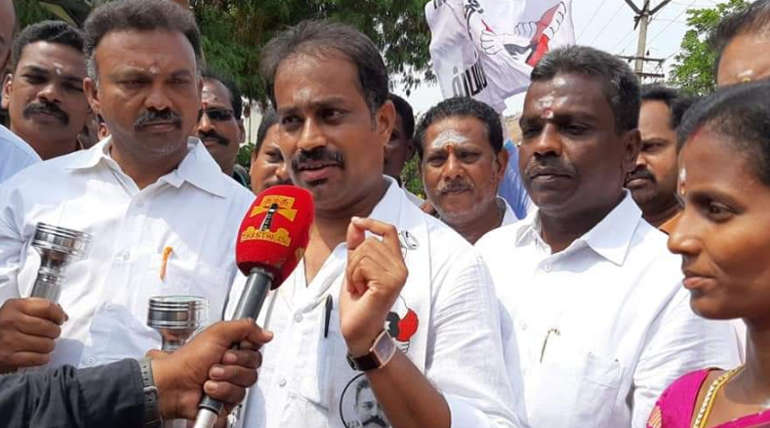 On April 29 an introduction ceremony was held in Madurai to introduce Mr P. Sakthivel Palanisamy the Makkal Needhi Maiam candidate for Thiruparankundram by-election. Mr P. Sakthivel Palanisamy is a self-employed software domain expert hailing from Madurai. At the age of 49, he has travelled the world to work on various jobs. He is also an activist for education for all and has donated and helped various students financially to study.

His campaign slogans include eliminating the water scarcity in the area which is a long prevailing problem and to curb bribing and corruption in local government offices and establish a more inclusive and transparent system. The MNM party's introduction about him mentions his plans to improve Tamil Nadu to global standards. He also expects that the young and educated voters will choose MNM over the traditional parties as they want many things to change. He also feels the votes of the women to be theirs as their agenda addresses many issues facing them.

Thiruparankundram is a rather controversial by-election with the previous two winners dying soon after winning the election. The last candidateâ€™s (Mr A K. Bose) win was set aside by the Madras high court after allegations of forging the sign of approval from Ms J. Jayalalitha. Both DMK and ADMK have strong candidates lined up for the seat. ADMK fights with the responsibility of winning in order to increase their majority in the assembly and DMK aims to defeat them to dethrone them before the next assembly election.