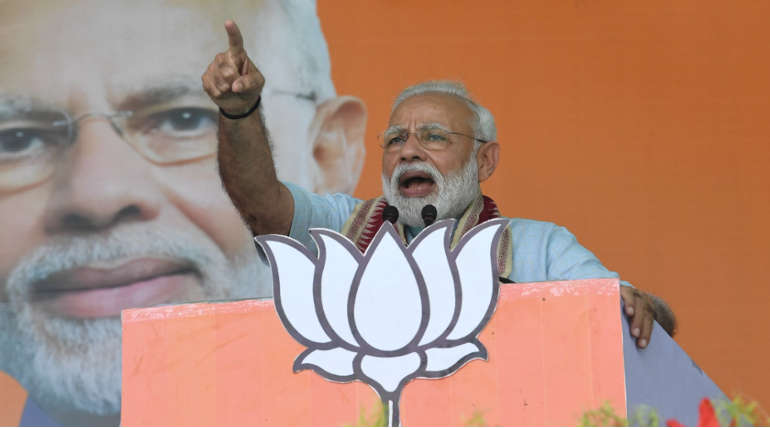 Prime Minister Narendra Modi has accused Chief Minister Mamata Banerjee for speeding down the development of West Bengal. Speaking at an election campaign rally in West Bengal, Modi accused Mamata Banerjee for crippling many of the central government's welfare schemes that would improve the livelihood of the poor. In particular, Ayushmann Bharat plan was banned in the West Bengal that can welfare the people.

The purpose of Bharatiya Janata is to safeguard the interests of the poor and to improve them. But Mamata Banerjee has been working to prevent this. So, if Mamata Banerjee's pace is gone, the development of the West Bengal state will accelerate. He said he was waiting for that.

Speaking in his election statement, he said that the Congress party wants to weaken our army and want to build their hands and feet. Congress and its allies have become Pakistanis sympathizers. He also said "I am waiting for this speedbreaker to go so development can gather speed".