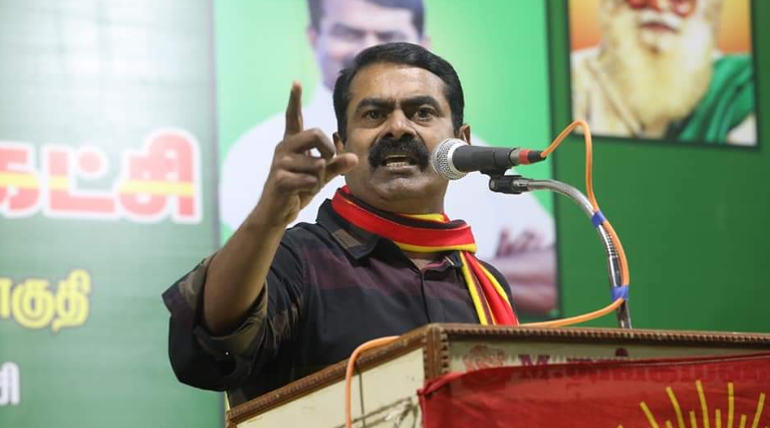 Naam Tamilar Seeman Hits Hard with his latest speech during a campaign and spoke some furious statements as always. The former actor/director/writer and politician Seeman is contesting with his party members in the upcoming parliamentary election 2019 for the MP seats and the man who is known for his powerful speeches on stage is doing continuous campaigns for his party candidates.

Seeman said that they are not spending crores for the election and only rely strongly on the policies of the party which is benefit people big time. Policies of Naam Tamilar is well known and being publicized in every campaign while in the election time the leader of the party, Seeman is making his complete involvement.

While parties are spending lots of money for the crowd gathering, stage setting, vote bribing and other purposes, this statement from Seeman irked the loyalists of other parties. Though vote bribe is being followed in many areas openly it certainly remains unnoticed by the Election Commission and Police due to political pressures.