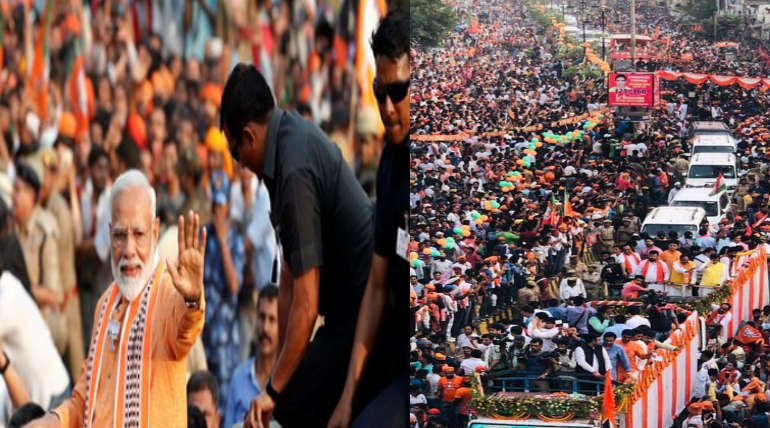 As in third phase, elections were held on Gujarat for 26 consistency assembly on 23 th April. Volunteers thought Narendra Modi would contest in Gujarat. But he did not compete in any constituency there. The election will be held on May 19th. Today he filling the nomination papers in Varanasi. There is a assumption that Priyanka Gandhi will file nomination for Varanasi against Narendra Modi. But Ajay Rai contesting  against him. He has tweeted on Twitter that he will file a nomination after the veneration of God Kalabhairava in the temple at Kashi.

Narendra Modi called the party workers to ensure that a record is broken that in the heat of May, all the records of polling will break. He added that each and every vote is important by mentioning that women voters should be fiver percent more than men. He said just as Lord Krishna in Mahabharat had cowherds he has the support of party workers. He said,"You are so unfortunate that your candidate will fill his form and run away. But the candidate is so fortunate that each voter considers himself the candidate."

Before filing my nomination papers, prayed at the temple of Bhagwan Kaal Bhairav, also revered as the Kotwal of Kashi. pic.twitter.com/AuEy9GjHQO