NEET Exam 2019: Reporter Saves Students who were not Allowed inside the Exam Hall 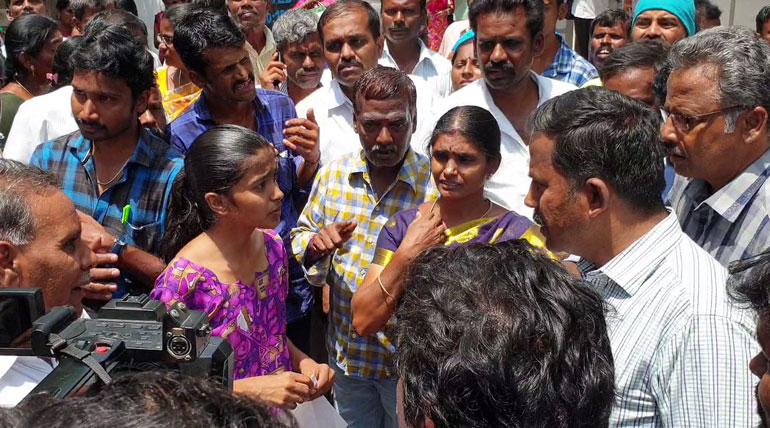 NEET Exam 2019 which is happening after long-standing oppositions and protests in Tamil Nadu started all over the state amidst of Controversies. National Model school is one of the centres located in Coimbatore of Tamil Nadu. People from many neighbouring districts along with the home district students wrote the exam in the centre while a controversy sparked in the centre creating a little tension around the locality of the exam centre.

A student from other district was initially not allowed to enter the exam hall after not bringing Aadhar card to the exam venue. This made quite an irk around the locality and people started arguing and quarrelling from the crowds. Reporters who were present in the venue tried their best to help them out with needed procedures but couldn't find a solution due to various glitches while our Inkfreezer reporter involved and helped them entering the exam hall with needed procedures.

Our reporter took the student along with the family to the office and took the needed printouts solving all the technical errors and made the girl enter the exam hall. Similarly, another student was not allowed since he lost his the admit card for the examination and our reporter also helped him out in a similar manner to take the admit card print out. All these happened amidst all the confusions in the centre.

Students coming from outer districts face such situations often due to the lack of locality knowledge. This kind of concerns should be taken care by the Government as their involvement is needed in the case and political party, instead of taking a stand against such exams can make a relevant solution and make students comfortable in writing the exam and getting pass mark with the needed standard of education.

Without stopping with reporting and organising the crowds, the news reporters and police officers who helped out for the students are all thanked for their responsible and co-ordinal acts.

NEET Exam 2019: Reporter Saves Students who were not Allowed inside the Exam Hall